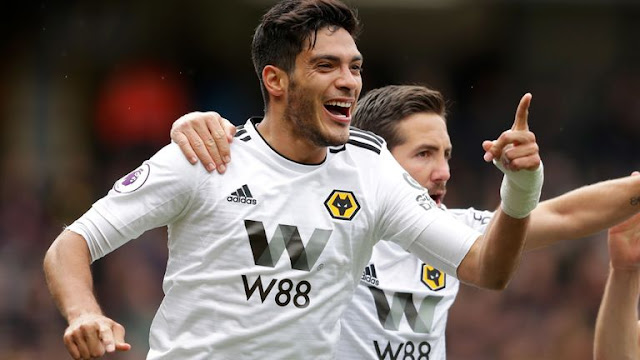 GOAL : 41′ 0 – 1 Jimenez
Wolves take the lead after a right-wing corner eventually finds its way through to Jota, waiting unmarked on the left edge of the box.
And from the forward’s delicious cross to the far post, there was Jimenez to head the visitors ahead from virtually on the goal line.

GOAL 49′ 1 – 1 Andrey Grey
What a mess as Bennett does not see Deulofeu behind him as the defender passes the ball back to Patricio.
However, after the Wolves No 1 denies the Spaniard with an excellent stop, the ball breaks nicely to Gray, who drives home his ninth goal of the season into an empty net.

GOAL : Diogo Jota
Oh dear, what a terrible mistake by the normally reliable Foster, who comes to claim Neves’s deep ball across the area.
However, the ‘keeper totally misjudges the centre, allowing Jota a simple volleyed finish at the back post.

Man Of The Match : Diogo Jota