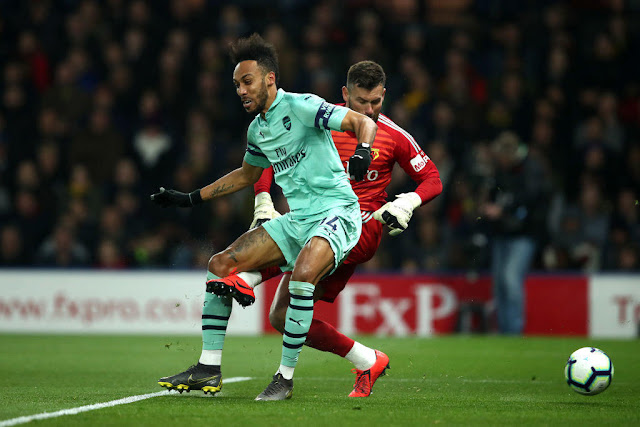 GOAL : 10″ 0 – 1 Pierre-Emerick Auba
A nightmare for Foster! He dwells on the ball and his clearance ricochets off Aubameyang and into the net!

RED CARD : 11′ Troy Deeney
Deeney is shown a straight red for an elbow into the face of Torreira. As Alan Smith says on commentary: “It’s a silly challenge.”

Man Of The Match : Pierre-Emerick Aubameyang