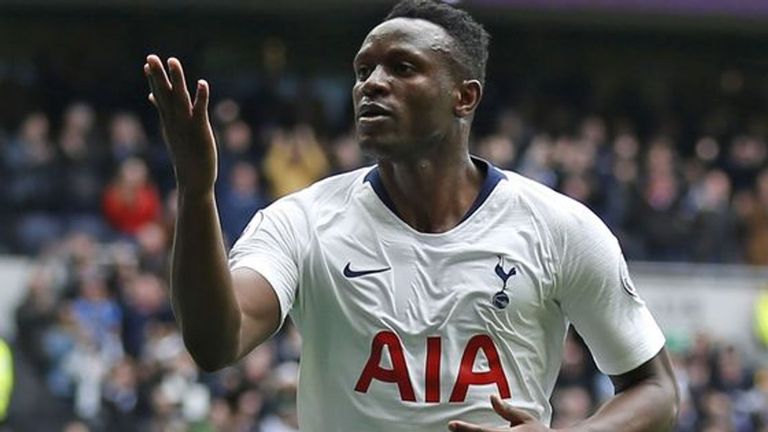 ↑ Grab this Headline Animatorr
Key Moments Recap :
Goal : 24′ Victor Wanyama 1 – 0
It’s another ball to Llorente’s feet, this time from Davies on the left flank, but the Spaniard actually doesn’t touch it as he rolls away, which allows Wanyama through on goal.

More of a miss than a dummy, but Wanyama is through on goal with a nice touch, and then rounds Hamer before rolling it into the net.

Goal : 27‘ Lucas Moura 2 – 0
Huddersfield push up looking for an instant reply, but they’re caught out on the right. Sissoko receives it 40 yards out, takes a few touches and slips in Moura, who is at an acute angle with a lot to do.

But he finds the far corner brilliantly with a fierce finish past Hamer! Spurs completely in control now.

Goal : 87‘ Lucas Moura 3 – 0
Eriksen finds a pocket on the right flank, with Spurs three on three. The Dane cuts it central for Moura as Son takes two defenders with him, and Moura’s touch is lovely.

It sets it up for him, 10 yards out, and he tucks it into the bottom right corner past Hamer!

Goal : 90′ Lucas Moura 4 – 0
Spurs doing this in style, and Moura has a hat-trick!
Son picks it up 20 yards outside of the box and drives forward, before slipping Moura in at an angle on the right of the box.

He has a lot to do to beat Hamer from the angle, but he does! He finds the top left corner with a fine, flash finish. Brilliant goal!

Man Of The Match : Lucas Moura