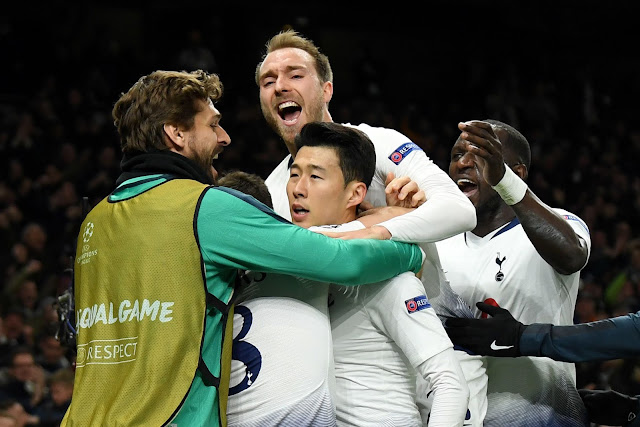 Penalty Miss : 13′ 0 – 0 (pen.) Sergio Aguero
PENALTY TO MAN CITY! Rose is penalised for the ball hitting his outstretched arm when that one went behind – Sterling’s shot hit him on the lower arm, no question, but where was he meant to put it as he slid in? Anyway, the decision is made, and Rose has been booked..

PENALTY SAVED! Guardiola couldn’t watch,and rightly so! Lloris dives to his left to confidently keep out Aguero’s penalty, which is firmly struck but at a nice height for him.
It was nearly four years since Aguero last scored against Tottenham – and it’s going to be a little longer after that miss.

Goal : 78′ Heung-Min Son 1 – 0
Heung-Min Son takes the roof off the Tottenham Hotspur Stadium! Eriksen is looking for help 25 yards out but everyone around him is so static – and he plays it out to an unmarked Son on the right.

His heavy touch takes him right to the byline but he just keeps the ball in, before cutting back into a shooting position and rattles it beyond Ederson for the opener.

Man Of The Match : Heung-min Son 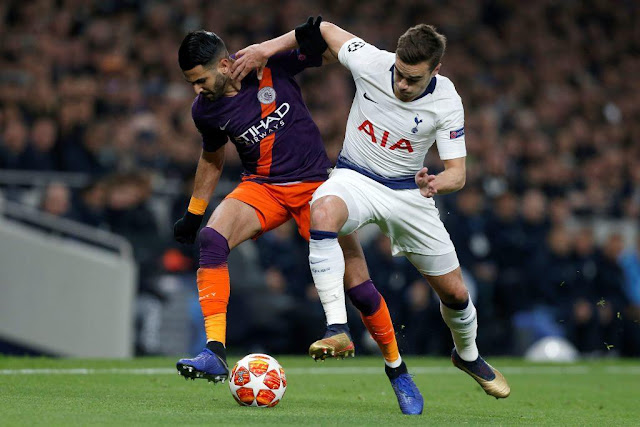