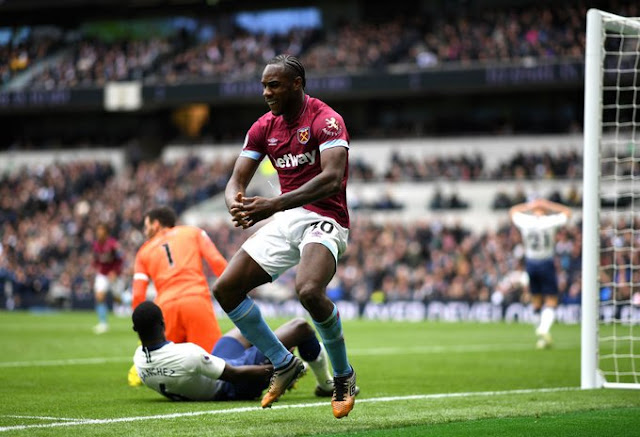 GOAL : 67′ 0 – 1 Michail Antonio
Oh my. Emphatic opener for West Ham, who have looked far better in this second half!
Arnautovic has upped his game since the break, and dinks a lovely ball over the Spurs defence for Antonio, who is eight yards out at an angle to the right.
He takes a fine touch with his chest, and then firest over Lloris into the far corner! The away end goes wild.

Man Of The Match : Issa Diop