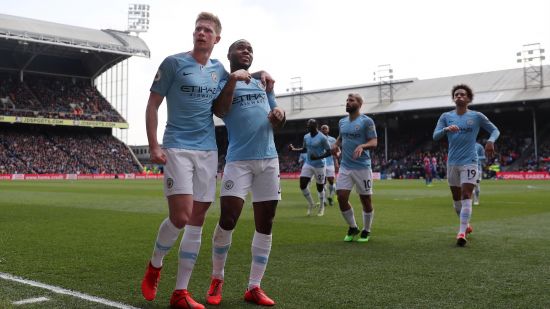 GOAL : 15′ Raheem Sterling
Brilliant, brilliant goal, and Sterling quickly makes amends for his earlier miss.
De Bruyne slides a sumptuous pass through for Sterling, who runs clear of Dann, gets into the box, keeps going and then finishes across goal with a shot into the roof of the net.

Goal : 63′ 0 – 2 Raheem Sterling
A second for Sterling, a second for City, and that should seal victory.
Silva gets the ball in the box and plays back for Sane. He drives it across goal and Sterling, who has peeled off Van Aanholt, finishes across goal and into bottom corner.

Goal :  81′ Luka Milivojevic 1 – 2
Milivojevic takes the free-kick from inside the D and fires it into the bottom corner, with the ball curling away from Ederson, who should do better really. He’s standing in the centre of the goal and doesn’t have the corner opposite the wall covered.

Goal : 90′ 1 – 3 Gabriel Jesus
De Bruyne breaks through the middle on the counter and then plays to his left for Jesus. It’s almost cut out, but the ball gets through to Jesus, who has so much time to pick his spot and fire past Guaita.
City a little fortunate. Jesus just about a foot offside. 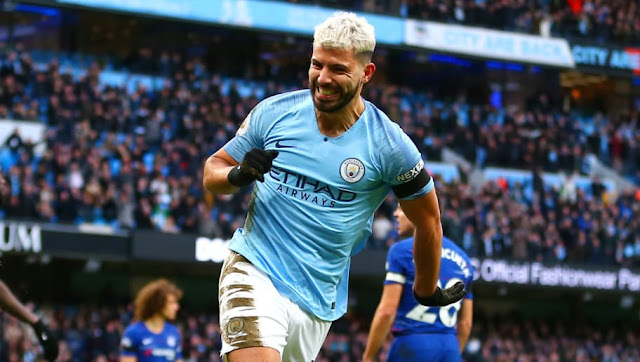