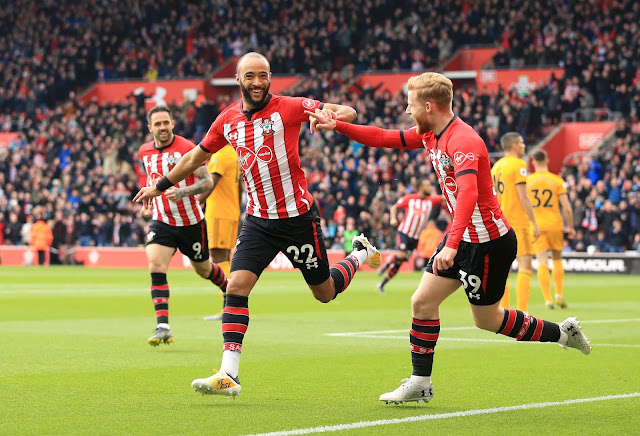 ↑ Grab this Headline Animatorr
Key Moments Recap :
Goal : 2′ Nathan Redmond 1 – 0
They have controlled possession since kick-off and now they have the lead.

Sims, making his first league start of the season, breaks down the right side and then crosses low into the box where Redmond gets ahead of Saiss and finishes from eight yards out.

Goal : 28′ 1 – 1 Willy Boly
That’s how you attack a header! Textbook from Boly.
Moutinho curls in a corner from the right and Boly leaps above two defenders and powers a header into the corner from 10 yards out.

Goal : 30′ Nathan Redmond 2 – 1
What a response from Southampton.
Sims plays in from the right side for Ings, who slips a ball through the centre of defence for Redmond. It looks like it might be offside but Coady is playing him on, and Redmond produces a fine finish to dink it over Patricio as he goes to ground.

Goal : 71′ Shane Long 3 – 1
This could be a huge goal for Southampton.
Yoshida deserves plenty of credit as he tries an overhead kick from a corner, gets up after it’s blocked and knocks through for Long, who flicks into the net from six yards out. 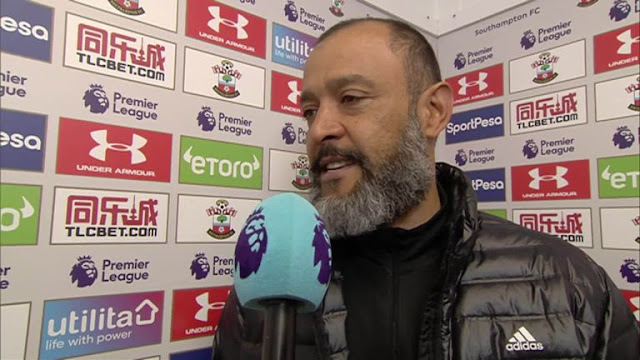 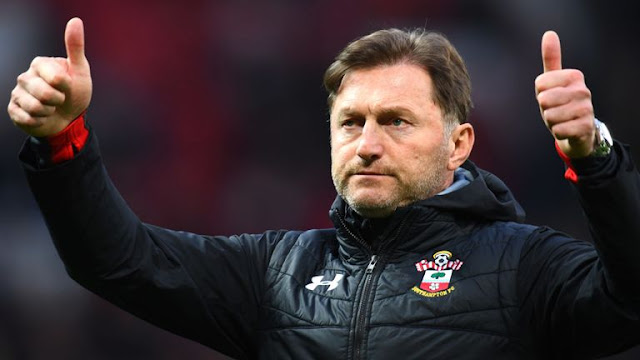