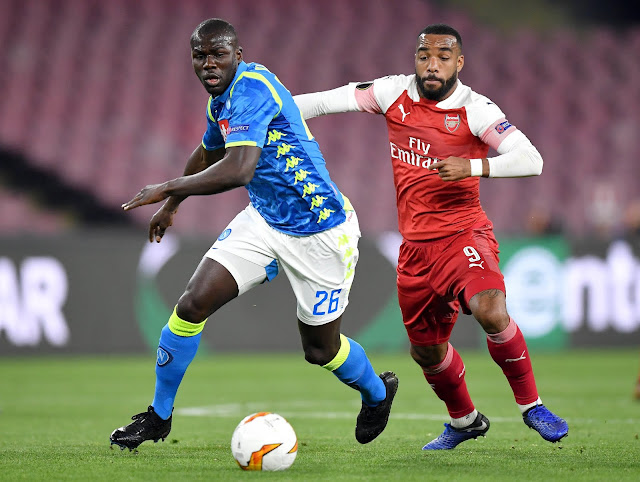 GOAL : 36′ 0 – 1 Alexandre Lacazette
Lacazette curls in a lovely free-kick, his second in barely six weeks, and that might be the goal that ends this as a contest.

The Frenchman is fouled around 25 yards out just right of centre, and he steps up to take the set-piece himself. He bends his effort over the wall and beyond Meret, who moved to his right just before the strike and couldn’t get back across to keep it out.