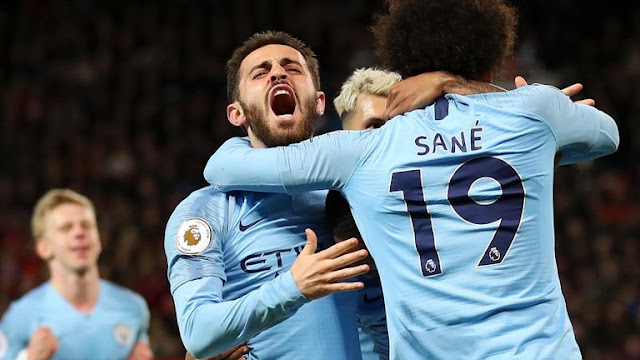 GOAL : 54′ 0 – 1 Bernardo Silva
The football world shakes – City are ahead! This could be just massive.

City are finding their stride in a big way. United can’t live with them now. Bernardo picks the ball up off the right and cuts inside. Shaw can’t get to grips with him and the midfielder powers a low shot beyond De Gea at his near post.

Goal : 66′ 0 – 2 Leroy Sane
De Gea has to do better here. Liverpool fans won’t be happy with him.
Sterling speeds away from Fred in midfield and creates a three-on-three. City’s pace is frightening. Sterling feeds Sane, who takes a touch and fires a low powerful effort straight at De Gea but it somehow beats the United stopper.
De Gea shakes his head. He knows….