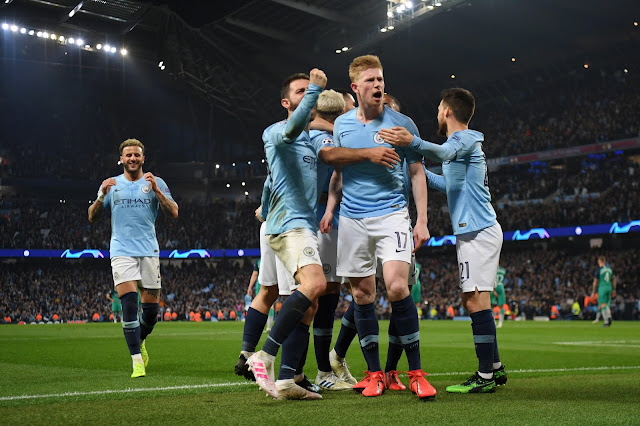 Key Moments Recap :
GOAL : 4′ Raheem Sterling 1 – 0
Spurs started with a positive formation but City catch the cold. De Bruyne makes use of the space in midfield and moves it out to Sterling. Trippier shows him inside onto his right foot – not a great decision. From 15 yards, he whips a quite brilliant effort straight into the far corner!

GOAL : 7′ 1 – 1 Heung-Min Son
As mentioned, Spurs are here to throw men forward and their numbers come up. Kompany gets pulled out of position and the ball breaks in space about 18 yards out. Son curls one around Ederson and into the net.

GOAL : 10‘ 1 – 2 Heung-Min Son
Harry who??! Son is the man! Spurs attack in numbers again. Son picks it up just off the left about 18 yards out. He only has eyes for the far corner and whips a sensational effort into the net. Ederson was at full-stretch but couldn’t get near it.
This is unreal.

Goal : 11′ Bernardo Silva 2 – 2
RIDICULOUS! RIDICULOUS! Both teams don’t like defending much. I’ve never seen a opening 11 minutes like it. We have FOUR GOALS!
Pochettino is furious on the bench – his team are playing so open. This time Bernardo sneaks down the right and pokes an effort at goal which deflects off Rose and into the net. It was scrappy but City don’t care.
I’ll have to get my abacus in a minute. My fingers hurt. City still need to score twice to qualify.

Goal :21′ Raheem Sterling 3 – 2
City make it look so easy. This time De Bruyne makes yards down the right. He gets into a crossing position and whips a quite sensational ball across the face of goal. Everyone misses it….apart from Sterling, who forces it home at the back post. Trippier was sleeping again.
City now just need one to qualify. Five goals in 21 minutes. Defies logic.

Goal : 59′ Sergio Aguero 4 – 2
THE COMEBACK IS COMPLETE!! De Bruyne has dragged his team back into this one. What. A. Player.
He drives through the heart of the Spurs midfield and threads a perfect ball down the side for Aguero. The angle is tight but that doesn’t matter. The striker thumps one into the roof of the net.
This goal may just light the touch paper again. It’s about to explode. Now Spurs need to score.

Spurs force the ball home from the corner….but did it hit Llorente’s arm??? It’s a VAR check.
The referee is at the pitch-side screen. What a huge moment….
THE GOAL STANDS!! SPURS ARE AHEAD!!!
Wow. So, the corner comes in and City don’t deal with it. The ball brushes Llorente’s arm and goes in off his hip. It’s so so scrappy – and controversial – but the goal stands. 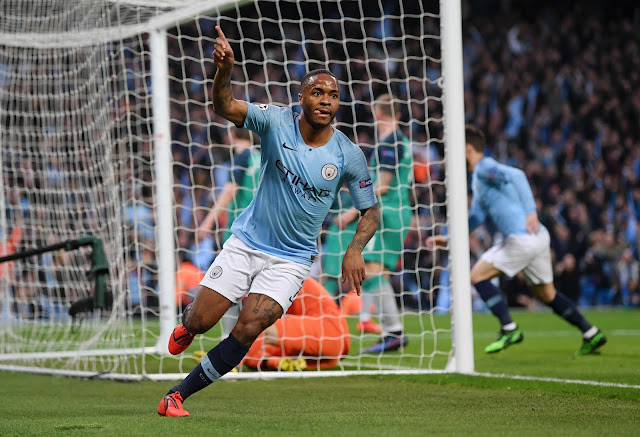 Manchester City will look to overturn a a 1 – 0 deficit, as they welcome Spurs to the Etihad Stadium for the second leg of the UEFA Champions League Quarter Final.
Mauricio Pochettino’s Tottenham Hotspur  will look to secure their presence in the only competition they have a possibility of winning, while also preparing his the same fixture in the Premier League in the coming weekend
Stats