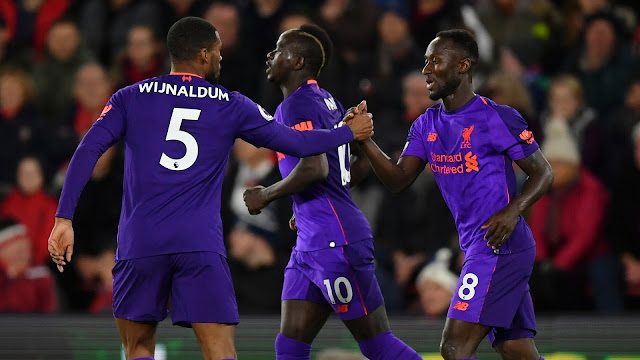 ↑ Grab this Headline Animatorr
Key Moments Recap :
Goal : 9′ Shane Long 1 – 0
Southampton take the lead and Long has struck….. Bertrand dinks a ball into the path of Hojbjerg who flicks his header on into the path of Long to stab home and grab his 50th career Premier League goal!

Goal : 36′ Keita 1 – 1
Liverpool are back level! Alexander-Arnold’s cross from the right finds Keita and he drifts in between two defenders to head in.. Was Salah offside in the build-up to the goal? Replays showed that he looked to be onside but it was certainly a close call.

Goal : 80′ 1 – 2 Mohamed Salah
Salah scores after a rapid Liverpool counter-attack. They break out from a Southampton corner. Henderson nods it into the path of Salah who runs from the halfway line before he slots the ball into the bottom corner. An excellent finish from Liverpool’s star forward! He’s reached 50 Premier League goals now

Goal : 86′ 1 – 3 Jordan Henderson
Surely it’s three points for Liverpool now!
Matip’s long ball reaches Firmino who gets the better of Bednarek on the right flank. He plays a perfectly weighted pass into the path of the onrushing Henderson who slots home! 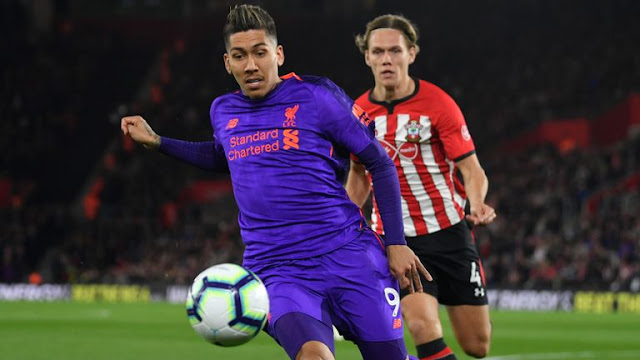 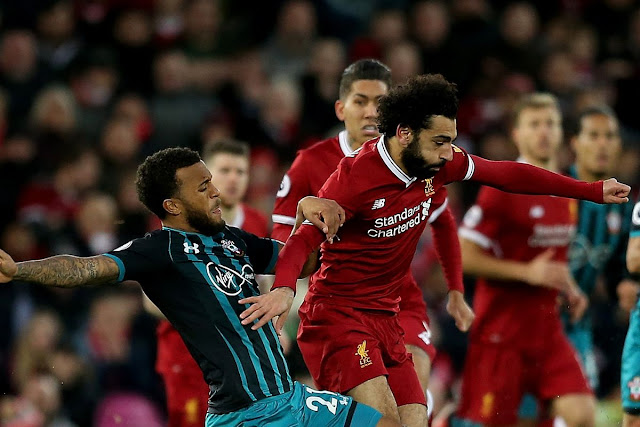 Southampton are presently five points above the relegation zone and seriously need points to be assured of survival but Liverpool need the points to regain the top spot of the Premier League Table.
Southampton have been on be incredible form winning three of their last four games and with a win, could go eight points clear of the relegation spots.