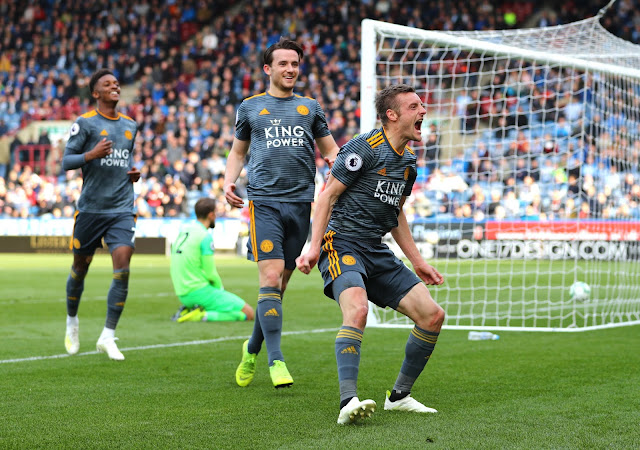 ↑ Grab this Headline Animatorr
Key Moments Recap :
Goal
A wonderful strike from Tielemans! It’s his second Premier League goal and will only endear him more to the Leicester fans.
Maddison delivers Leicester’s first corner of the game, with Vardy scuffing his shot before Morgan and Schindler both go for the loose ball.
It’s Schindler who pokes the ball away from danger but Tielemans is waiting at the top of the area to pick it up and he loops a wonderful strike over the box and into the back of the net.

Goal
Gray taps the ball into the path of Pereira down the right-hand side, who darts into the area before delivering the cross. Schindler attempts to clear but does not reach the ball as an unmarked Vardy taps home for his 14th of the season – although there is a hint of offside.
He has now scored 103 goals for Leicester and goes level with Gary Lineker as the club’s sixth highest ever goalscorer.

Goal
A rare goal at the John Smith’s Stadium and Huddersfield instantly pull one back!
Mooy sends Schmeichel the wrong way and boosts this home crowd.

Goal
What a wonderful free kick! Maddison curls it expertly over the wall and the ball lands into the bottom far corner.
Hamer is not happy with the goal – as you’d expect – but he has to be covering his corner there. He has a confrontation with Hogg in the aftermath and you don’t want to be seeing that between two team-mates.

Goal
Hamer gusses the right way against his former team-mate and gets a hand onto the spot kick, but Vardy has put too much power on it as it slips through the goalkeeper’s fingers.
Two for the striker today and he has now leapfrogged Gary Lineker as Leicester’s sixth highest ever goalscorer with 104 goals.

Man Of The Match : Jamie Vardy