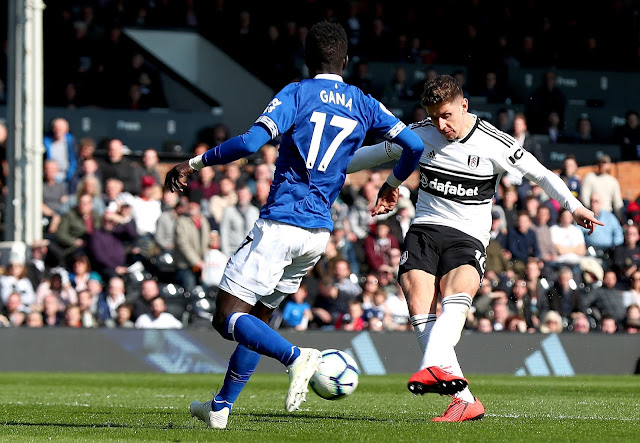 ↑ Grab this Headline Animatorr
Key Moments Recap :
GOAL : 46′ Tom Cairney 1 – 0
Fulham have deserved this! Tom Cairney strikes right at the start of the second half as he is released by Ryan Babel, and the Fulham captain produces a calm finish as he slides the ball past Pickford for his first goal of the season.

His only other Premier League goal came against Everton nine years ago! That goal came just 30 seconds into the second period.

GOAL : 69′ Ryan Babel 2 – 0
Everton have been so disappointing here, and now in seeking an equaliser, they are dealt the ultimate sucker-punch. It’s wonderful hold-up play once more from Mitrovic, who releases Ryan Babel.
He does well to cut across Coleman and Gomes meaning they can’t challenge him before showing his cool to dink the ball over the onrushing Pickford.

No one can argue with this scoreline, Fulham lead by two!