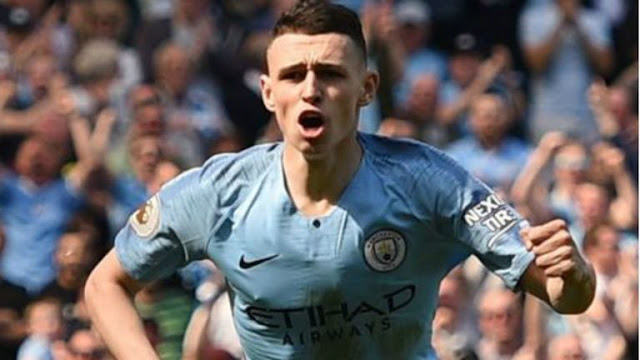 Key Moments Recap :
GOAL : 5′ Philip Foden 1 – 0
What a lovely opening team goal by the hosts as Silva’s delightful chipped ball into the six-yard box picks out the unmarked Aguero. However, the forward decides to head the ball across the box for the equally unmarked Foden to head home from virtually on the line.
What a perfect start for the champions as the youngster scores his first-ever Premier League goal for City, and sixth in total.

Man Of The Match : Bernardo Silva

Pep Guardiola and Manchester City will have an opportunity for immediate revenge against the only team which has beaten them in their last six games and despite their victory in their midweek clash, got knocked out of the UEFA Champions League.
Tottenham Hotspur and Mauricio Pochetino got lucky in the UEFA Champions League Quarter Final 2nd leg with VAR making a last minute twist that saw Spurs proceed to the Semi Finals of the competition.
That being that on the Champions League, Spurs are back in the Premier League and their fight for the top four spots continues and this weekend will sees them travel to Manchester, to face a ruthless City who are also engaged with Liverpool in a crucial battle for the Premier League title.
With the performance of Spurs during the midweek, it’s evident that Tottenham Hotspur could be a problem for City Premier League title dreams and City can be really be dominant at Etihad.
A win for City will further solidify their chances of winning the Premier League, as Tottenham Hotspur remain one of the only notable threats to their successful title defense but a loss will take away all chances of winning the League till Liverpool slips, which has a very slim probability of occurrence.
Tottenham Hotspur will with a win continue their fight with Manchester United, Chelsea FC, Arsenal FC for the top four Spots, howbiet with much better opportunity of making those spots.