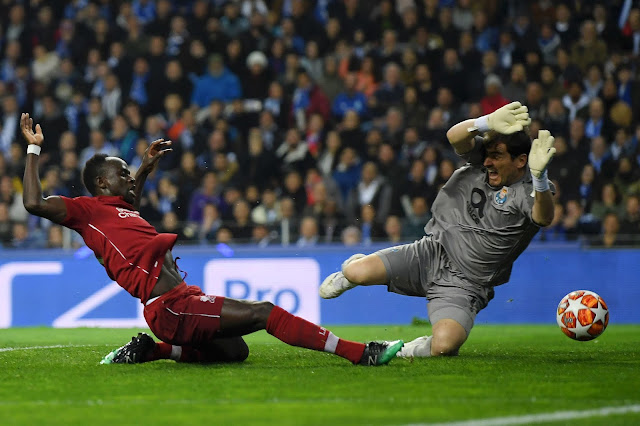 Key Moments Recap :
GOAL : 26′ 0 – 1 Sadio Mane
Well what do you know – it wasn’t offside and Liverpool have scored totally against the run of play.
The VAR took a while but it got the decision right. Mane was clearly onside as Salah played the pass and he came sliding in at the back post to finish.

Goal : 65′ 0 – 2 Mohamed Salah
Liverpool extend their lead.
Firmino wins the ball in defence and works it on for Alexander-Arnold, who passes forward for Salah. He’s through on goal and slides it past Casillas.

The kind of finish that Porto have lacked in this tie.


GOAL :69′ Eder Militao 1 – 2
A deserved consolation for Porto as Militao rises to meet a free-kick and heads past Alisson from 10 yards out.

GOAL : 77′ 1 – 3 Roberto Firmino
Mane, Salah, and now Firmino. Liverpool’s front three are all on the scoresheet.

Henderson whips in a fine cross from the right corner of the box and Firmino jumps and plants a low head past Casillas.

GOAL : 84′ 1 – 4 Virgil van Dijk
Liverpool running away with this now as Milner curls in a corner, Mane flicks on at the near post and Van Dijk heads in from six yards out.