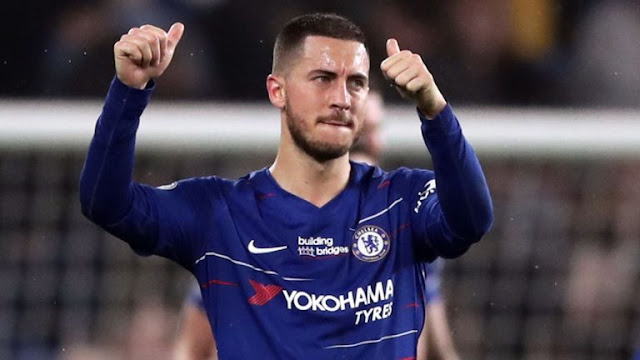 ↑ Grab this Headline Animatorr
Key Moments Recap :
Goal : 24′ Eden Hazard 1 – 0
What a stunning individual goal from Chelsea’s main man. He picks the ball up about 35 yards out and breezes past Noble. He’s then faced with three West Ham defenders but puts Ogbonna on the floor with a quick shimmy off his left then his right. His next touch fires a low drive into the corner.

Goal : 90‘ Eden Hazard 2 – 0
Just as he’s given the MOM nod, he settles the game. Barkley spots him in acres of space down the right of the box. The Belgian gets the ball under his spell and fires a low strike into the far corner.
A much deserved second. He’s been on a different planet this evening.

Man Of The Match : Eden Hazard