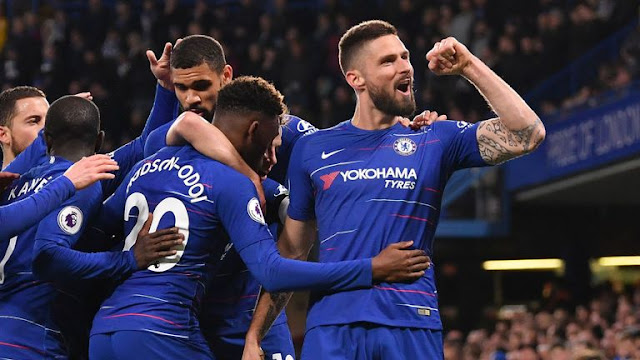 Goal : 38′ Olivier Giroud 1 – 0
Hudson-Odoi takes on Knockaert down the right, glides past him with ease and then puts in a low cross to the near post for Giroud to flick into the net.

Goal : 60′ Eden Hazard 2 – 0
He’s set up with a quick pass around the corner from Loftus-Cheek that opens up space. Hazard checks inside on the edge of the box and then curls a fine shot into the far corner and beyond Ryan.

Goal : 63′ Ruben Loftus-Cheek 3 – 0
It’s another fine goal as Hazard turns around the corner for Loftus-Cheek and he curls a brilliant shot into the far corner from around 20 yards out.
Much like the second goal, only roles reversed, and probably a better finish. 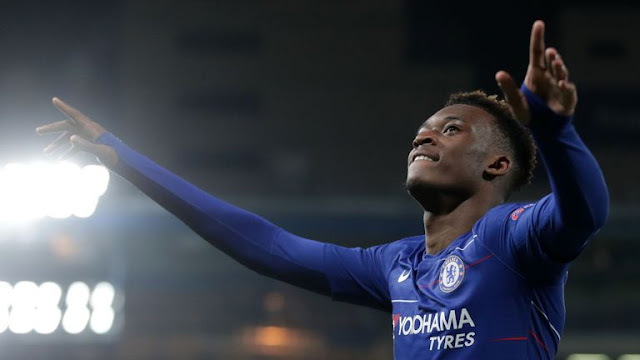 Chelsea FC will welcome Brighton to Stanford Bridge with hopes of moving into the top four with a victory while Chris Hughton’s side will be hoping to go further away from the relegations spots, as possible.
Chelsea needed an injury time goal to defeat Cardiff City on Sunday, while Brighton fell undeservingly at home to Southampton on Saturday but despite that, Maurizio Sarri and his Boys are expected to win this game.

Callum Hudson-Odoi might be in the Maurizio Sarri Premier League starting eleven this Wednesday, while Kante and Eden Hazard will be returning to the team, afteidr both got rested against Cardiff.
Alonso will  be sidelined for the game due to a hamstring issues.
Midfielder Pascal Gross remains unavailable with a hamstring issue, while Romania forward Andone could be making his return after returning back to training