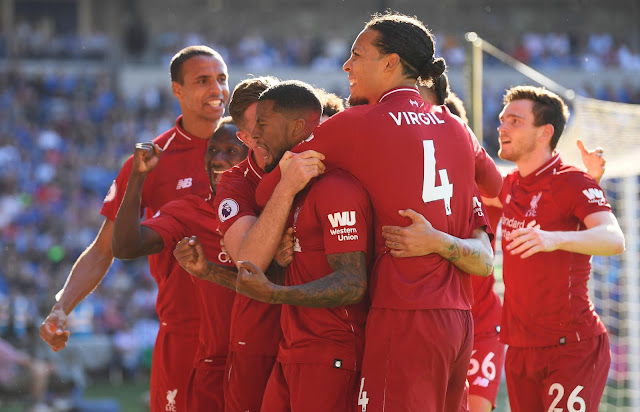 GOAL : 56′ 0 – 1 Georginio Wijnaldum
Liverpool do keep the pressure on though and win their seventh corner of the afternoon, which Alexander-Arnold looks to have scuffed and barely gets off the ground.

But it runs through to the middle where Wijnaldum, totally lost by Morrison, peels away and wraps his foot around the ball to fire beyond Etheridge. Genius or fluke?

GOAL : 81′ 0 – 2 (pen.) James Milner
Milner makes no mistake, sending Etheridge the wrong way from 12 yards with a powerful effort into the bottom-right corner and unveiling an old man celebration – steady on James, you’re only 33!