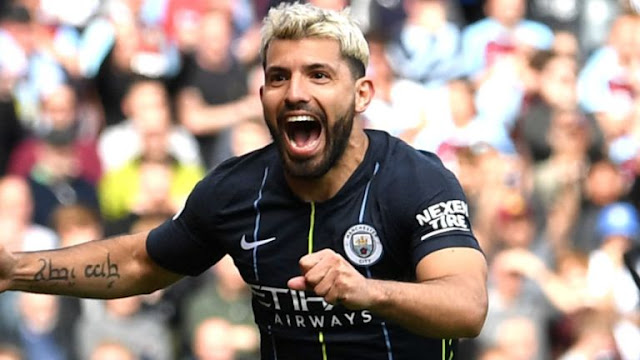 GOAL : 63′ 0 – 1 Sergio Aguero
Oh wow. That’s close. That’s really, really close. The title race might have just come down to a matter of millimetres. Aguero takes a couple of attempts to get the ball out of his feet when it’s played into the box from the right flank, but when he does do it looks like Lowton has cleared it off the line, miscuing a header but rescuing himself by volleying away.
Referee Paul Tierney takes a couple of seconds, looking at his watch, but then awards City a priceless goal – and looking back at it, there’s no more than a centimetre or two in that one.