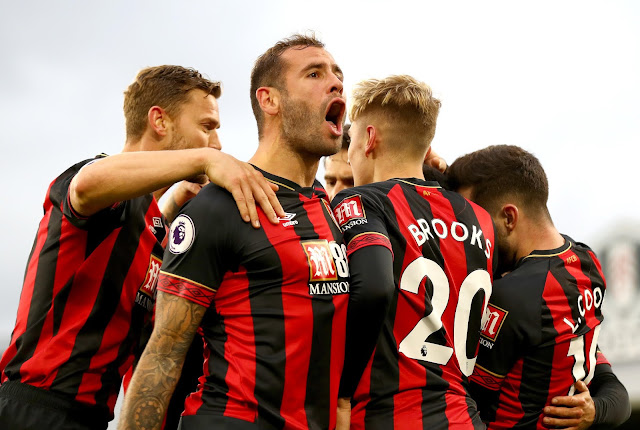 ↑ Grab this Headline Animatorr
Key Moments Recap :
Goal : 33′ 0 – 1 Dan Gosling
Eddie Howe’s men pass their way to the opening goal. Lovely football in midfield sees Lerma interchange with Gosling and King. The striker then spots Gosling in the middle of the box – unmarked – and he has time to pick his spot. Duffy was limping seconds before the goal, that may have affected his ability to close down the goalscorer.

Goal
Cue the “stop, he’s already dead” memes. Bournemouth are running riot here against a team who just can’t deal with their pace on the counter.
Fraser is involved again. He slips one into Wilson, who turns his man far too easily and calmly slides one into the far corner.

Goal
It was coming. Brooks breaks the line again and Bournemouth have a four on one. He could shoot himself or pass to Stanislas. He goes for the pass and the substitute finds the bottom corner. They are making Brighton look like a pub team here.