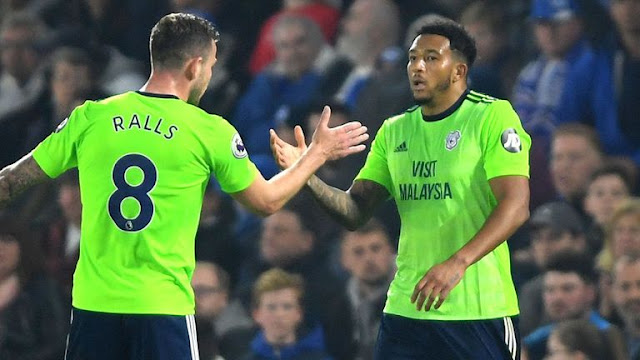 GOAL : 22′ 0 – 1 Nathanie Mendez-Laing
WHAT A GOAL! Mendez-Laing with a stunner! Cardiff counter through the forward and he lays it off to Hoilett. The Canada international passes back to him and he superbly curls it into the top corner from the edge of the box! Hope for Cardiff – they lead at the Amex!

GOAL : 50′ 0 – 2 Sean Morrison
Camarasa’s cross into the box is headed in by Morrison! He made easy work of it! Cardiff in a comfortable lead now!