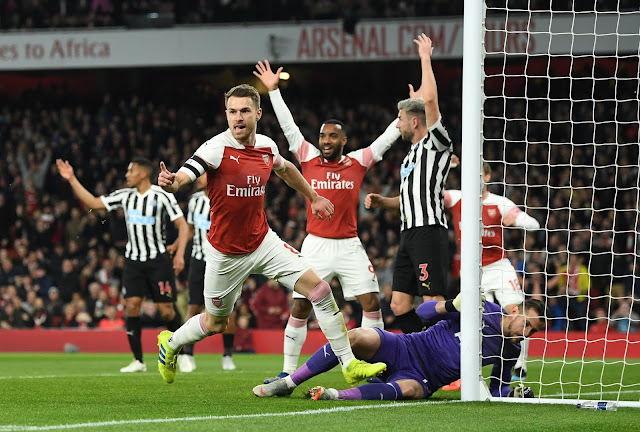 Goal : 30′ Aaron Ramsey 1 – 0
Lacazette buzzes around into space behind Lejeune and spots the Welshman in space about 15 yards out. He still has a lot to do but produces a classic Ramsey finish to place a low drive into the corner of the net, via the far post.

Aubameyang flicks a ball over the top of Lascelles who sums up Newcastle’s night with a poor decision to let the ball bounce. Dubravka is off his line and the Lacazette – sharp as ever – lofts the ball over the goalkeeper and into the net.

Man Of The Match : Mesut Ozil 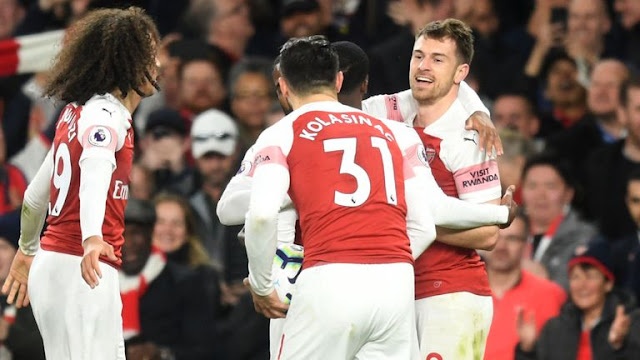 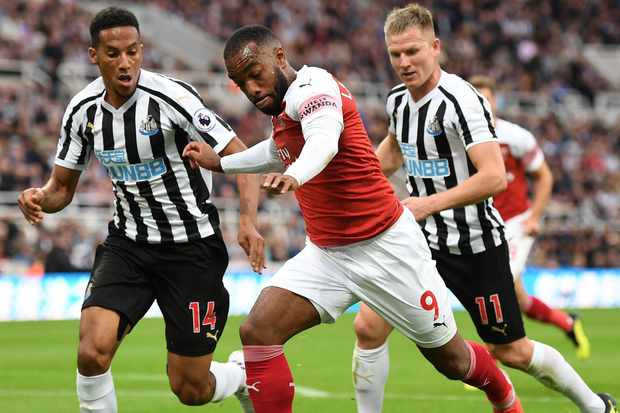 Arsenal FC will welcome Newcastle United To the Emirates Stadium on Monday April 1st, as they hope to move right back into the top four positions of the Premier League Table.
A win for Unai Emery’s men will see them go third, a point above Tottenham Hotspur and Manchester United, who will then be fourth and fifth. A draw will only see the Gunners go level with United and Spurs at 61 points, though seperated by goal difference.
Newcastle United are seven points above the last team in the relegation zone and look to further solidify their survival status, when they visit the Emirates Stadium. The odds are totally against the Magpies, as they have lost and conceded more in their visits to London, especially on Monday.

Arsenal will be without suspended Lucas Torreira and Injured trio striker Danny Welbeck (ankle injury), Hector Bellerin and Rob Holding (Both Knee injuries).
Aaron Ramsey will go through a late fitness test, due to trouble with his left thigh while Nacho Monreal returns from his Calf injury.
Newcastle won’t be having Schar, who is serving the second of his two match Nan for reaching 10 bookings this season and would have still been on the bench after getting knocked out in Switzerland Euro2020 qualifying 2 – 0 win over Georgia G during the International break.
Newcastle Captain Jamaal Lascelles will be back after missing their last Premier League game (2 – 2 Draw with AFC Bournemouth), due to a knee problem.