Gennady Golovkin Vs Steve Rolls At MSG On June 8th 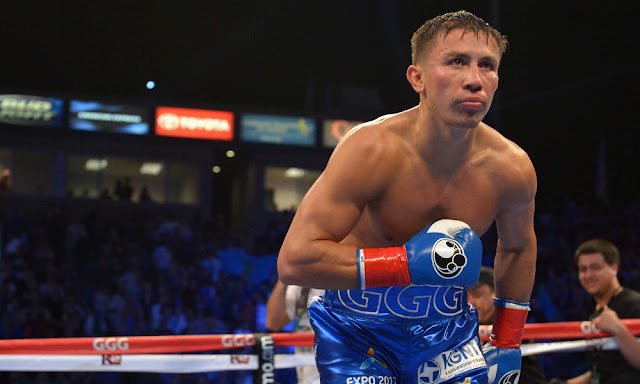 Former Middleweight kingpin and pound for pound star Gennady “GGG” Golovkin (38-1-1, 34 KOs) will be returning to the ring for the fist time since his Unanimous Decision defeat to Canelo Alvarez.

He will be making his DAZN debut against Steve Rolls (19-0, 10 KOs), who fights out of Toronto, Canada, in a battle, scheduled for 12 rounds at middleweight limit at the MadMadi Square Garden on Saturday, June 8.

Golovkin, before his defeat racked up 20 consecutive 160 pound title defenses and will be returning to Madison Square Garden for the first time in about two years. He will be kicking off his three year, six fight DAZN partnership when he takes on the top 10 rated Rolls.

The 37 year old Golovkin, an amateur standout and Olympic Silver Medalist.  during his title reign made 20 title defenses and knocking his opponents out in 18 of those fights, owning a 90% knockout ratio and was able to unify the WBC, WBA, IBF and IBO World  Middleweight Titles, selling out Arena’s such as Madison Square Garden, T-Mobile Arena, O2 Arena, The Fabulous Forum, and StubHub Center.

The IBF rated No. 9 Steve Rolls will be fighting for first time at the Madison Square Garden and most recently defeated KeAndrae Leatherwood via unanimous decision to claim the vacant USBA middleweight title last December.