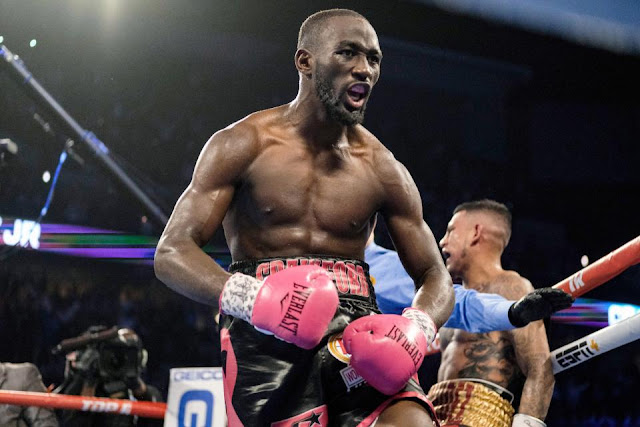 Roach trained Khan for many fights, earlier in his career before both separated in 2012 and the later hired Vigil Hunter. Despite their separation Roach still has a lot of respect for Khan but believes Crawford is just to skilled for the clear underdog to beat.

“If Amir can stick to the gameplay and box for 12 rounds he can do really, really well because he is a great boxer,” Roach told Boxing Social.

“He has all the skill in the world and he has a lot of speed, but at some point he will go for the knockout and when he does that he gets himself in harm’s way and get knocked out.

Roach maintained that Khan is a great Boxer with a lot of speed and great footwork to complement, when compared to Crawford but has a flaw of always going the knock out, which according to Roach will be the root of his demise.

“Terence Crawford is a good fighter. Amir has better speed and footwork but he has to put them together and be at his best. He has to win every round one at a time. But I believe Amir will be knocked out somewhere along the way because he has bad habits.”

WBO Welterweight World Champion Terence Crawford will make the third defense of his title against British contender Amir Khan on the 20th Of April, at the Madison Square Garden.