Francesco Estrada Ready To Knock Sor Rungvisai Out In Rematch 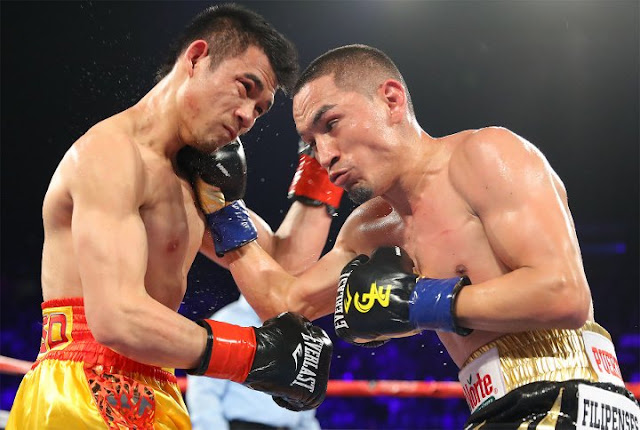 ↑ Grab this Headline Animator
Juan Francesco Estrada believes he will be %100 ready for the WBC Super Flyweight champion Sor Rungvisai and will be ready to knock him out, when they meet at The Forum in Inglewood, LA on Friday April 26, live on DAZN in the US and on Sky Sports in the UK.
The former WBO and WBA champion Battled with the Thai warrior, despite having a knee issue but both served up a fantastic show, with the Champ edging Estrada by majority decision.
Since then Estrada has won two fights in a row since his decision loss to Rungvisai and claims he would have won the first fight but for his injuries

“I’ve always said there’s always a second chance and we need to take advantage of it,” said Estrada. “I was 50 percent prepared last time, not because I didn’t want to train but because I had some injuries that affected my preparation and we had no choice but to keep facing the fight as it was a very important fight. This rematch is an opportunity and we will make the most out of it because we are well trained and the goal is to be a World Champion, doesn’t matter if it’s against Rungvisai or anyone else.

“After his hand was raised, I knew there will be a rematch because it was an interesting fight for the fans and for us, it had to be a rematch. I had to win my way back with two or three flights because I was ranked on the top 10 but needed to come up to the second rank to be able to get this fight and my team and I made it happen.
“I had a knee injury first time around and my reactions were not the same. I could not run the same, I was tired but I showed heart. The final round was one of the best rounds of the year, and if I was 100 percent prepared with no injuries the whole fight would have been like that and maybe he wouldn’t handle that round.

Estrada also believes that Rungvisai will be bringing more to the ring than in the first fight and being also ready, tips the rematch  to be better than the first fight.

“When a right-handed fighter faces a lefty, it could be a boring fight because of the stances, but when Rungvisai and I fight, our style of boxing is a great match and I think it wasn’t a dirty fight, I think it was a good fight for the fans and that they enjoyed it.

“If he is 100 percent prepared like he was or more, I think it will be a more aggressive fight for both of us, a tougher fight but I will throw a lot more punches and that will make the difference. He is a fighter that doesn’t throw a lot of combinations, he is a fighter that is has trusts his punch, he has very strong punches and I progressively throw more combinations. I will look for the knockout throwing more punches and showing more intensity.