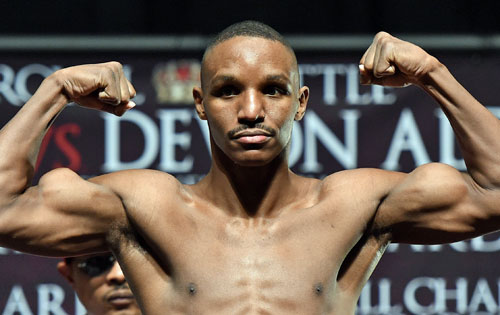 The company main event will feature Hugo “The Boss” Centeno Jr. against Willie “El Mongoose” Monroe Jr., while the main card will open with unbeaten heavyweight Onoriode Ehwarieme in a 10-round clash against Rodney Hernandez.

“I’m excited to get back in the ring on June 1 on FS1 and FOX Deportes and bring a great fight to the fans at Soboba Casino Resort,” said Alexander. “As most people know, I’ve switched trainers to Roy Jones. Jr. Roy has accomplished everything in this sport and he’s teaching me to have fun again. He’s also helping me balance both my physical and mental game. I’m just excited to enter the ring with him in my corner and to fight my way back into world title contention.”

Devon Alexander (27-5-1, 14 KOs) returned to the boxing scene 2018, after taking time off for some treatment. Upon return, he fought Victor Ortiz to a draw, then dropped Andre Berto before losing a narrow split-decision, backing August. He has over the course of his career piled up notable wins against Marcos Maidana, Lucas Matthysse and Jesus Soto Karass.

Redkach (22-4-1, 17 KOs) is coming into this fight on a two fight winning streak, defeated Brian Jones last June and Tyrone Harris in February. Before then he lost to straight fights, first to John Molina Jr. and then, Argenis Mendez on FS1. His fight with Molina was earned a fight of the year recognition.

“This fight is very important to me and I appreciate the opportunity to compete against a fighter like Devon Alexander,” said Redkach. “I am always in the gym and ready to fight, but I am also preparing mentally for the challenge ahead and to be at my very best. Devon Alexander is a good fighter with a name people know, but after my performance on June 1, they will know me too.”

Other Fights On The Card