David Oliver Joyce Stops Stephen Tiffney In The 7th Round 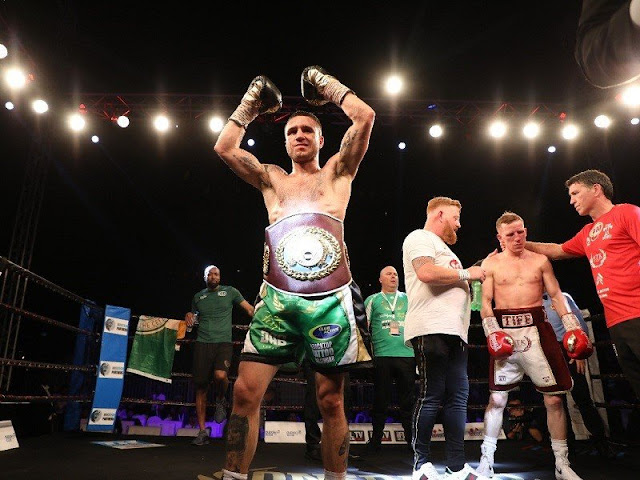 ↑ Grab this Headline Animator
David Oliver Joyce battled Stephen Tiffney to earn a seventh round stoppage victory on Friday evening at the Emirates Golf Club in Dubai, United Arab Emirates.
Joyce sent Tiffney to the canvas in the seventh round, after the Brit got back to his feet. Joyce pummeled him all over the ring till the end of the round, at which point the fight was stopped.
The fight was the toughest test of his career and his first time making it to the seventh round. He dropped and stopped Tiffany, who never was stopped in the past, in the fight streamed on ESPN+.

Joyce took the early rounds aggressively controlling the fight, despite a good show from Tiffney, who was totally over matched.

Tiffney beat the count but was without composure,, as he got battered to the end of the seventh round. He struggled to make it back to his corner and the referee noticing this, ended the fight.