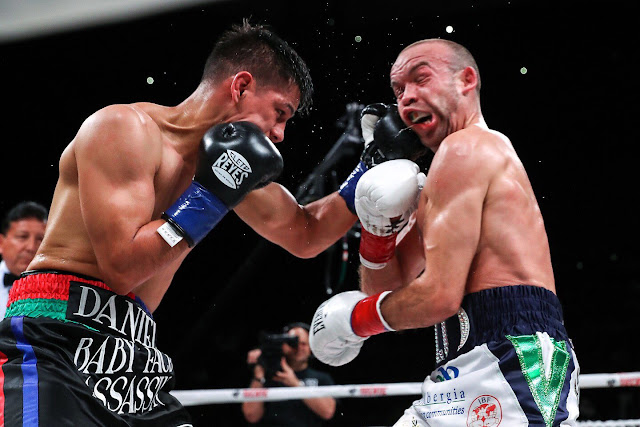 Daniel Roman came out victorious in a bloody unification fight with TJ Doheny, dropping him twice on the way to a Majority Decision win in the undercard of Sor Rungvisai Vs Juan Francesco Estrada Undercard on Friday night.

Both fighters performed beyond expectations and engaged in exchanges throughout the fight. With the Win, Roman Unified the IBF and WBA Junior featherweight titles.

Roman dropped Doheny with a left hook in the second round but didn’t seem to hurt him. Doheny continued fighting closed the distance between the two fighters, ripping punches to the head and body.

Doheny started bleeding via a cut on his face and through his nose but dealt with it perfectly. He stunned Roman twice inithe seventh round, Roman recovered and worked hard to create some distance.
Roman then began breaking Doheny down gradually with body shots and was able to drop him ones again but he was able to beat the count, then survived fighting from distance. Doheny came all out in the final round but couldn’t clearly hurt Roman till the end