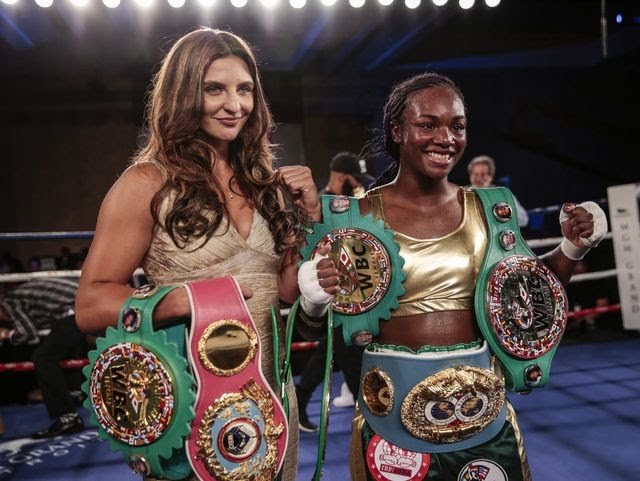 ↑ Grab this Headline Animator
Claressa Shields and Christiana Hammer will both fight for the Undisputed Middleweight crown and the winner will be the second female fighter to unify all four major belts in a particular division. The fight will be aired live on Showtime (April 13th, 9 p.m. ET) from Boardwalk Hall in Atlantic City, New Jersey.
The fight was first announced back in September and was initially scheduled for November but Hammer pulled out due to injury. Shields has been the most busiest of the two and has made to successful defenses with decision wins in consecutive months over Hannah Rankin and Femke Hermans to defend her IBF, WBA and WBC titles.
The WBO champion and WBC champion in recess  Hammer has been inactive since her unanimous decision victory over Tori Nelson back in June, 2018.
The winner will go down in history alongside current undisputed women’s welterweight champion Cecilia Braekhus, along with current and former men’s champions Terrence Crawford, Jermain Taylor, Bernard Hopkins, Oleksandr Usyk-vs-takam-fight-on-may-17-25-says-hearn, as the only boxer to ever unify the four major titles in a Particular division.