Chris Smalling Calls On Lionel Messi “Bring It On” 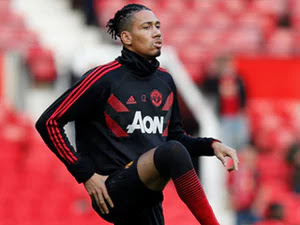 Manchester United under Ole Gunnar Solskjaer will be facing their toughest task in FC Barcelona, since the Norwegian took charge at Old Trafford but this doesn’t seem to scare the Red Devils, who seem to be relishing the opportunity to measure up with the big teams of Europe.

Chris Smalling, one of the key players in Manchester United defense has since been very outspoken about his eagerness to face five time Balon D’or winner Lionel Messi and believes that since Manchester United could stop beat Juventus with Ronaldo, knockout PSG with Mbappe then FC Barcelona with Lionel Messi could join the trail.

“It’s something to relish I think,” said Smalling.
“This season, we have been lucky enough to face [Cristiano] Ronaldo, [Kylian] Mbappe and they are all challenges that I definitely relish and I think players at this club relish.
“I say bring it on.”

Ole Gunnar Solskjaer has also said some about Smalling’s dream of stopping the FC Barcelona star but admitted to the fact that Messi is one of the best players in history and will take so much to stop him and his colleagues, who could also pose a lot of problems for the Red Devils.

“What kind of plan can you have to stop one of the best players in the world?
“As Chris says, we are looking forward to it, we relish the opportunity but this season, we have played against Juventus with Ronaldo, PSG with Mbappe, we’ve had Chelsea and [Eden] Hazard.
“[Messi] is a fantastic player. And he will go down in history as one of the best individual players ever. I have to say – he will be difficult to stop but it’s never impossible.
“It’s not like it is Messi against Manchester United. [Luis] Suarez, [Philippe] Coutinho, [Ivan] Rakitic, [Arturo] Vidal, there are so many players we cannot just focus on one player. We know we have to play against 11 of them.”