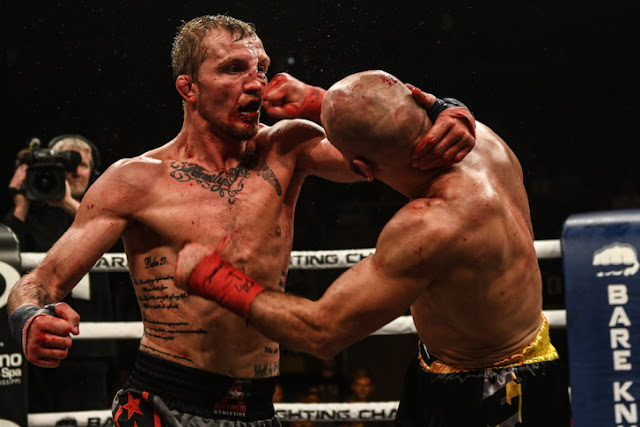 Artem Lobov emerged victorious against Jason Knight at the Bare Knuckle Fighting Championship Fifth (BKFC 5) with a bloody but well earned unanimous decision at the Mississippi Coast Coliseum in Biloxi on Saturday 6th of April.

Both former UFC fighters made their BKFC debut in the Main event of the Card and apart from Lobov coming out with the win, it also made way for a potential grudge fight between former two – division boxing champion Paulie Malignaggi. A development the BKFC is working on for an event in June.
Paulie Malignaggi slapped Artem Lobov in a media event in New York and his arrival to BKFC triggered the new arrangement, coupled with the fact that Malignaggi has had issues with Lobov’s close friend Conor McGregor and this will be some kind of Consolation, since he hasn’t been able to reach a fight with the Irish UFC Star.