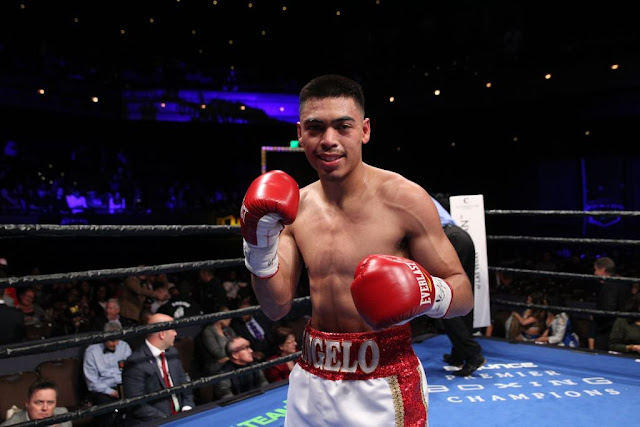 ↑ Grab this Headline Animator
Angelo Leo outclassed and defeated Neil Tabanao (17-5) on SHOBOX main event on Friday evening, Closing the show in spectacular fashion, thereby keeping his zero intact.
Leo controlled the pace of the fight from the opening bell and thus, earned a well deserved Unanimous Decision, scored by the Judges 100-90 twice and 99-91.
Leo started out connecting a couple of 1 – 2s in the first round, with Tabanao offering little back, he easily took the round. The second round was more of the same, until the ending part of the second round before Tabanao landed a few shots.

Leo controlled the fight even in the mid rounds, Boxing off the back foot but was warned by the referee, after landing a few wrong shots. He placed Tabanao on retreat mode in the final rounds of the fight, as couldn’t put together his shots.

The 9th rounds was worst, as Tabanao was exhausted  in the 9th and ended up back on the ropes, landing only five shots but recieved 38. The 10th wasn’t any better, as Leo took the win in style.