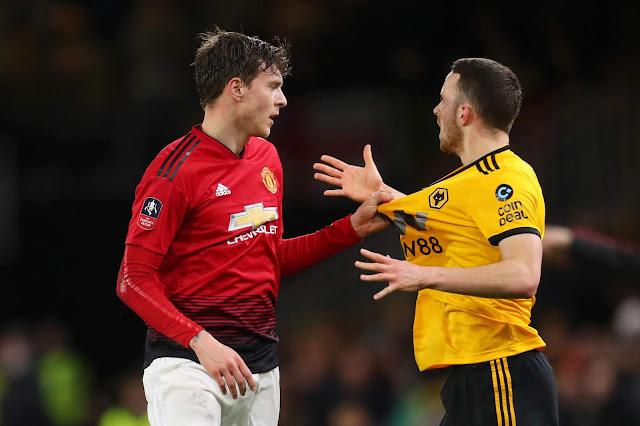 ↑ Grab this Headline Animator
Key Moments Recap :
Goal : 70′ Raul Jimenez 1 – 0
This is so, so, so, so, gooooood from Moutinho down the left. He takes three United defenders out of the game with a clever shimmy. He feeds Jimenez about 10 yards out but he can’t sort his feet out. United don’t clear it and the striker nips in to strike one on the turn. Romero can’t stop this one!

Goal : 76′ Diogo Jota 2 – 0
With United pressing for the leveller, Shaw is left one-on-one on halfway with Jota. The Wolves man gets there then bruises past the full-back who falls to the floor under the pressure of the tackle. He gets in down the left and fires a low effort past Romero at his near post.

Goal : 90′ 2 – 1 Marcus Rashford
United finally open up Wolves down the left. Shaw beats his man and fizzes a ball into Rashford. He takes a touch and buries it past Ruddy.

Man Of The Match : Raul Jimenez 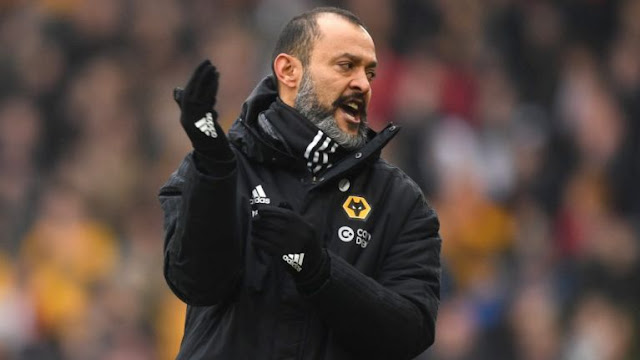 Nuno Espirito Santo and his Boys “Wolverhampton Wanderers ” will host Manchester United at the Molineux in the last eight of the Emirates FA Cup on Saturday 16th of March.
Wolves knocked out Bristol City with a one nil victory on the seventeenth of last month to set up the clash with Manchester United. The will also be going into the game with much confidence after their big performance and win deserving 1 – 1  draw against Chelsea FC last weekend.
Manchester United stunned Chelsea at Stanford Bridge with a two nil victory last month to book the Quarter final spot but will be hoping to get back to winning ways after the humiliating 2 – 0 loss at the Emirates Stadium on Sunday.
Manchester United lost their last game but have been able to win four of the remaining five their last six outings, with the remaining a goaless draw against Liverpool at Old Trafford.
Wolves have had a pretty fluctuating form this season and in their last six have only been able to win two, three draws including their last game against Chelsea and the remaining Losses.