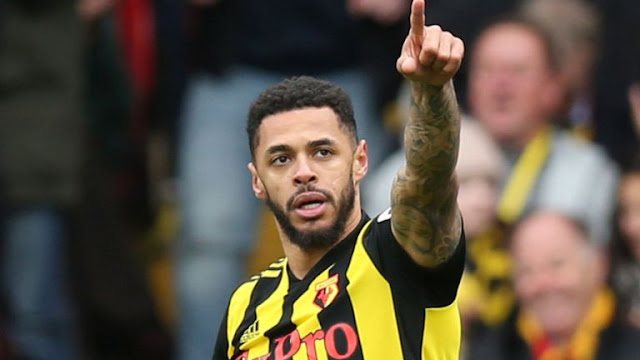 ↑ Grab this Headline Animator
Key Moments Recap :
Goal :  Etienne Capoue 1 – 0
Holebas delivery finds Guaita in no-man’s land again at the near post, and another glancing touch on the ball isn’t enough to stop it being played back across goal where Capoue sidefoots high into an empty net.

Goal : 1 – 1 Michy Batshuayi
Watford are under no pressure as Gomes pings the ball out to Femenia, and he heads back to Mariappa. Batshuayi closes the defender down and he plays it against him in trying to clear, but the loose ball runs straight back into the Palace man’s path.
He runs clean through on goal and from a tight angle bends the ball past Gomes into the corner.

Goal : Andre Gray 2 – 1
Palace half get their house back in order but are undone when Pereyra takes the ball onto his right and chips it delicately into the path of Gray, who has timed his run perfectly to beat the offside trap. He slots past Guaita from eight yards with what might be his first touch of the game

Man Of The Match : Gerard Deulofeu 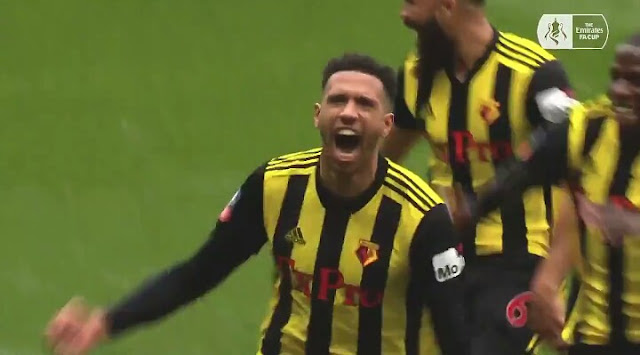