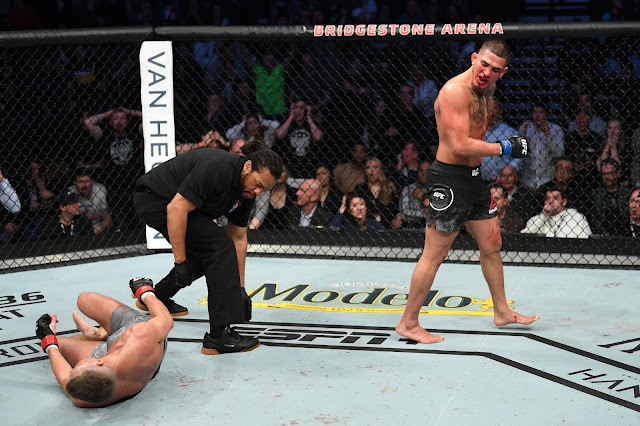 Is it a Bird? Is it a Plane? Nope, it’s @ShowtimePettis! 😳 #UFCNashvillepic.twitter.com/zsjAtZJ0M9

Straight right from Blaydes stumbles Willis in round 2! #UFCNashville pic.twitter.com/nsP9BiGG0v

🇨🇦 First finish of the night goes to Canada’s @RandaMMA! What a submission! #UFCNashville pic.twitter.com/mldBC3OhYp

Former lightweight Champion Anthony Pettis will trade blows with two time title challenger Stephen Thompson, as both seek ways to get back into the title picture. The event kicks off at 5pm ET, at Bridgestone Arena in Nashville, Tennessee.

In the Co – Main Event, Curtis Blades will be hoping to get back in the winning side after losing his six fight winning run via stoppage to Francis Ngannou. Justin Willis will be hoping to build on his win over former contender Mark Hunt. 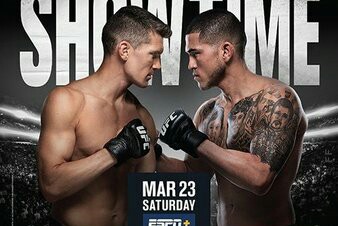