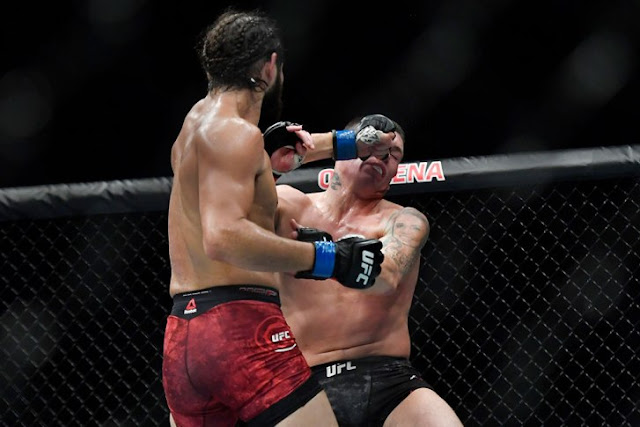 Jorge Masvidal (33-13 MMA, 10-6 UFC) ended Darren Darren Till (17-2-1 MMA, 5-2-1 UFC) with a highlight-reel KO in the main event of UFC Fight Night 147  at The O2 in London. It streamed on ESPN+.
Masvidal started the fight with a rush a dda ended up landing a kick on Till’s groin, prompting the referee to stop the fight briefly. From then on, Till took over, landing a clean left hand that sent Masvidal to the floor but wasn’t quick enough to grab a finish.

Till continued being the aggressor, took Masvidal down again after catching one of his leg shots but couldn’t capitalize, as he was kicked away by Masvidal who now landed a clean kick and a takedown to complement.

Both fighters made some exchanges in the beginning of the second round before Till poked Masvidal’s eye to bring the fight to a brief stop. After the restart, Masvidal scored a takedown and almost mounted the back before Till made a narrow escape.

Till continuing to hold the center and being the aggressive fighter while Masvidal was the counter guy until Till got caught with a clean right that sent him stumbling, another while fall and a follow up finish to send him cold at 3: 05 in round 2. 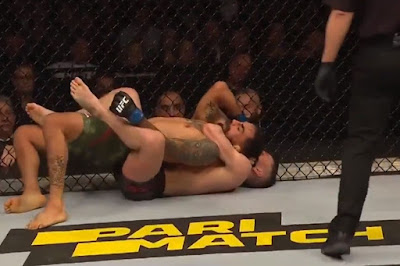 They’ll be dancing in the streets of Llanfairpwllgwyngyllgogerychwyrndrobwllllantysiliogogogoch!@JackMarshman19 picks up a hard-fought win at #UFCLondon! 🙌 pic.twitter.com/s9W5t0oKeu

According to reports, Jorge Masvidal has had issues securing fights after being tapped to Face Nick Diaz in hishcomeback fight back in March 2018, called out Neil Magny, tapped to face Leon Roberts and none of those fights came to fruition.

The Veteran fighter Masvidal hopes to get back into the winning ways after losing his last two fights split-decision against grappler Demian Maia and outpointed by two-time title challenger Stephen Thompson in November 2017.

Darren Till on the other hand, is coming off a second round submission loss to Former UFC Welterweight Champion Tyron Woodley. He was called on short notice after Colby Covington turned down the offer of facing Woodley. 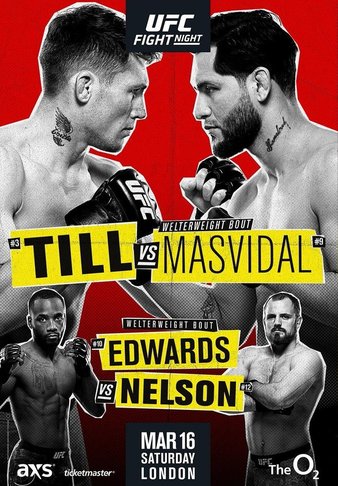