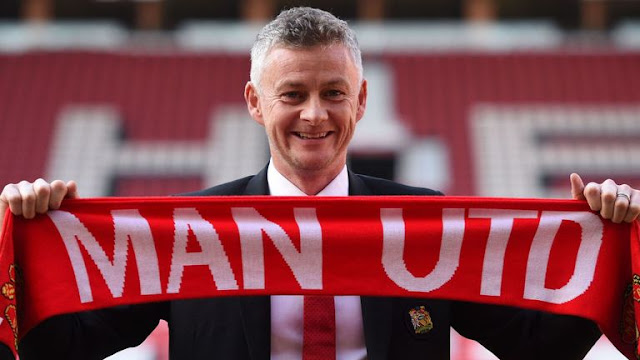 Had II
↑ Grab this Headline Animator
Manchester United manager Ole Gunnar Solskjaer was handed the United Full time job on Thursday but this route wasn’t really what he had hoped to follow.
He said management was never part of his plans during his time, as an active footballer at Old Trafford. He only thought of management during his spell on the sidelines.

“Naively enough or strangely enough, I’ve always had this belief and this strange dream about being the manager here [at Old Trafford],” said Solskjaer said.
“I didn’t think about it when I was a player, until I got my bad injury, then I had the three years where I thought I needed to be a coach.
“Then in my last season, then I started working with the reserves, I thought ‘yeah, I like this, I like this environment’.

While speaking after his appointment, Solskjaer said he wanted to follow in Pep Guardiola’s footsteps, moving directly from coaching the academy to taking the Job at FC Barcelona.

“And of course, when I saw the success – I know this [sounds odd] – what Guardiola did, he went for the reserves and then went into Barcelona, could I do the same
“But it didn’t happen and I probably gave up my dream when Cardiff ended as it did. Then suddenly I’m here.
“But I still believe, in sport, you get what you deserve and I’ve worked very hard, I’ve been myself, I love working with human beings and maybe that’s what’s brought me here.”