Kubrat Pulev KOs. Bogdan Dinu In The Seventh Round 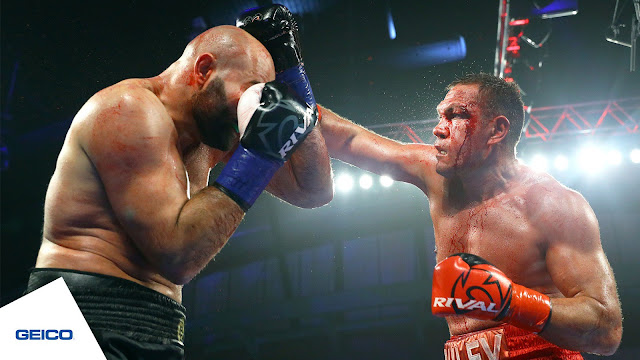 Kubrat Pulev KOs. Bogdan Dinu In The Seventh Round

Dinu gets back up, but @KubratPulev goes right back to knocking him down for the second time!!! 😱#PulevDinu | @ESPN pic.twitter.com/YRH49MezPh 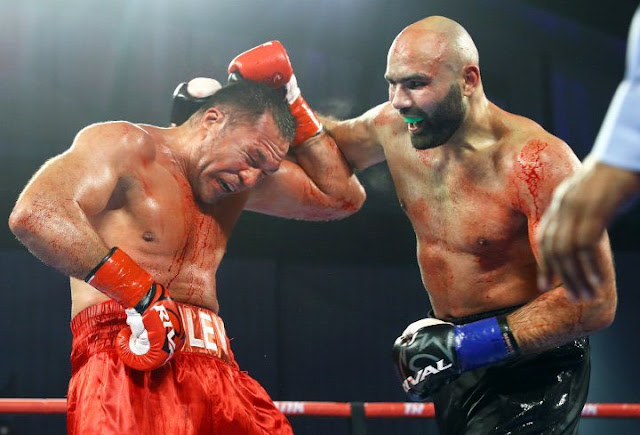 .@goldendeleon313 gets right back to work and finishes Jose Luis Gallegos by KO! #PulevDinu pic.twitter.com/D4ed7ZGA1F

.@TheHeat001 wins by way of technical unanimous decision after the fight was called due to an accidental clash of heads in round 6.#PulevDinu pic.twitter.com/N93sqhQPAp 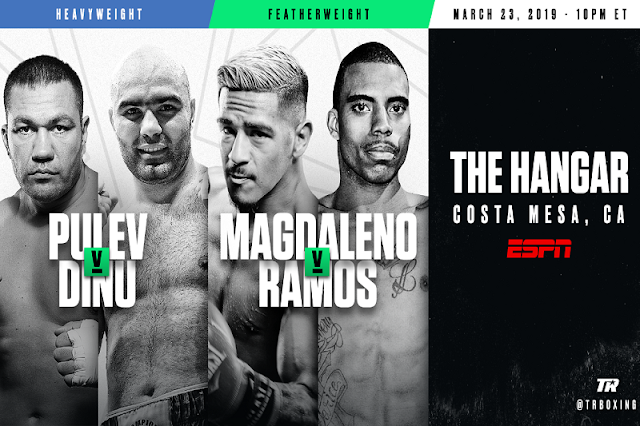 IBF No. 1 rated Heavyweight contender Kubrat Pulev will put his status on the line against Bogdan Dinu in a ten round showdown on Saturday 23rd of March at the dealerbdddddd. The fight will be televised live on ESPN and ESPN Deportes at 10 p.m. ET/7 p.m. PT.

“I’m excited to be fighting at The Hangar and on ESPN. I continue my quest to become the heavyweight champion of the world,” Pulev said. “I have a great team behind me. I’m focused and ready to take care of business on March 23.”

“I know this is a big opportunity for me to get to the top of the heavyweight division,” Dinu said. “I’m happy to be fighting in the United States against a really top heavyweight in Pulev. When I win, I will be considered a top contender.”

Kubrat Pulev (26-1, 13 KOs) is on a six fight winning streak and is rated No.  1 by the IBF, a title held by Heavyweight Unified world Champion Anthony Joshua. This fight brings him closer to another title shot, the first time ended with a fifth round stoppage loss to Wladimir Klitschko.
He has recently been in the ring with Hugie Fury, whom he defeated with unanimous decision in the front of his hometown.
The ones defeated Bogdan Dinu (18-1, 14 KOs) will be hoping to return to wininng ways, after his last fight ended with a fourth round knock out loss to Jarrell Miller.

The Supporting bout will have former World Champion Jesse Magdaleno Fight for the  first time since losing his  WBO Junior featherweight title to Isaac Dogboe. He believes that win will propel him back into title contention.

“I haven’t fought in a long time. But I am ready to show the fans that I am the same guy who won the title not too long ago,” Magdaleno said. “I feel comfortable in my new weight class. Now that I’m back, the goal is to become a two-weight world champion.”

Former World Champion Ramos (30-5, 14 KOs) has been on hot firm since  2015 and is presently on a six fight winning streak, with fights at both super bantamweight and featherweight. He fought twice in 2018 including an eight-round unanimous decision over Daniel Olea last September that streamed on ESPN+.

“I’m thrilled to be fighting on ESPN,” Ramos said. “I would like to thank Top Rank for the opportunity. To showcase my skills on boxing’s biggest stage. I’m preparing my best to give the fans a great show. This fight will get me one step closer to becoming a two-time world champion.”