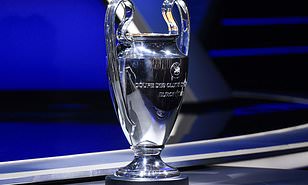 ↑ Grab this Headline Animator
Four English teams made it to the Quarter Finals of the UEFA Champions League for the first time since 2008. This includes Manchester United and local rivals Manchester City, Tottenham Hotspur and Liverpool FC while the other teams FC Barcelona,  Ajax, FC Porto, and Juventus constitute the remaining. 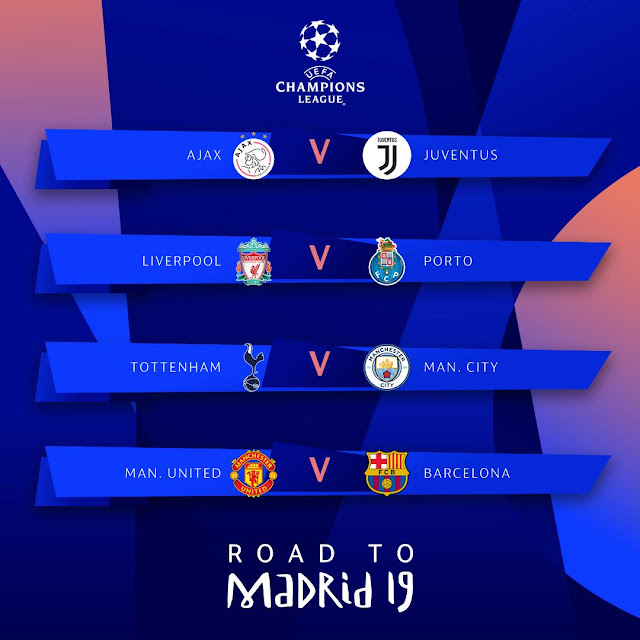 Teams
The Draw takes place on Friday, March 15 in Nyon, Switzerland. Starting at 11am. There are no Country protection in the Quarter finals, hence the qualified English teams might be draw against themselves.
The team that is drawn first will play the first leg at home.

Manchester United stunned Paris Saint Germain to qualify with a 3 – 3 aggregate in Paris, despite going into the game with a 2 nil deficit conceded in the first leg in Old Trafford. Tottenham Hotspur qualified easily with a 4 – 0 aggregate, with Harry Kane scoring the last at Signal Iduna Park to eliminate Borussia Dortmund.

Delivered by FeedBurnerManchester City humiliated Schalke 04, 7 – 0 at the Etihad to qualify with a 10 – 2 aggregate. Ajax Stunned the defending Champions with a 4 – 1 victory at Santiago Bernebeu despite losing the first leg 2 nil.

Cristiano Ronaldo was how ever the star in the Round Of 16 knock out games, scoring a hat-trick to enable Juventus overcome a 2 nil deficit against the highly defensive Atletico Madrid.