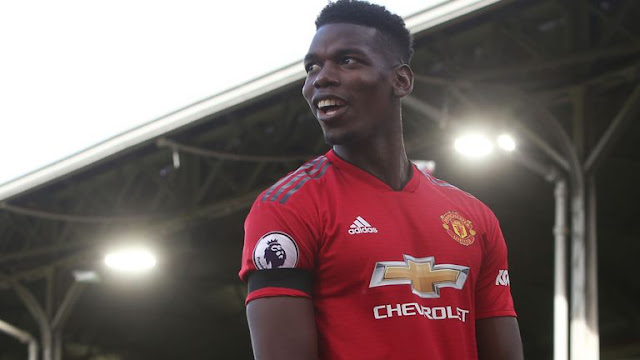 ↑ Grab this Headline Animator
Paul Pogba has been a key Figure at Manchester United since he returned to the Club with a big money move from Juventus but no one ever thinks this Manchester United Star will one day leave. Maybe thats about to a change.
The Manchester United Midfielder casted doubts over his future in a press conference ahead of France’s European qualifiers against Moldova on Friday and Iceland on Monday.

“Like I’ve always said, Real Madrid is a dream for anyone. It’s one of the biggest clubs in the world,” Pogba said in France ‘s pre-Moldova press conference.
“There is also [Zinedine] Zidane as a coach and it’s a dream for anybody who likes football.
“For now, I’m at Manchester. We don’t know what the future holds. I’m at Manchester and I’m happy.”

Delivered by FeedBurnerPaul Pogba might clearly be thinking of a move to Real Madrid, as many Footballers and more so to play under the just returning French Legend Zinedine Zidane.

Zinedine Zidane to Real Madrid to three consecutive Champions League trophies before resigning and had before his return been in line to replace Jose Mourinho at Old Trafford on Permanent basis..