Skip to content
HomeBoxing NewsMiguel Berchelt vs. Francisco Vargas Rematch Moved For May 11

Miguel Berchelt vs. Francisco Vargas Rematch Moved For May 11 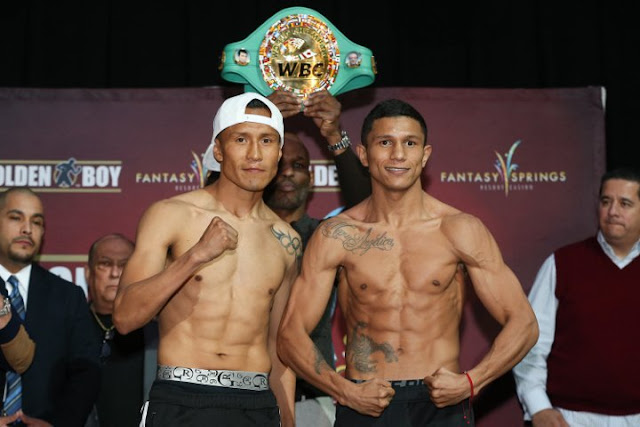 Miguel “El Alacrán” Berchelt (35-1) will now be waiting four more months before facing Francisco “Bandito” Vargas (25-1-2), a rematch of their January, 2017 bout that Berchelt won via knockout in the 11th round.

The fight was initially scheduled to hold on on March 23rd at The Forum in Inglewood, California but will now have to wait till May 11th due to the WBC super featherweight champion Berchelt getting his right hand injured during training. The delay is to enable him recover fully before the fight.

Delivered by FeedBurnerConcerning the delay Berchelt gave updates on the fight and pleaded with the fans to turn up, as a good show awaits them against Francisco Vargas.

“My hand is feeling great. We are waiting for it to be confirmed but May 11th is supposed to be the date,” said Berchelt.

“Tell the fans they shouldn’t miss the fight. I am a fighter who always puts on a great show and this rematch versus Bandito will not be an exception, Whenever you have two Mexicans in the ring you are guaranteed a great fight.