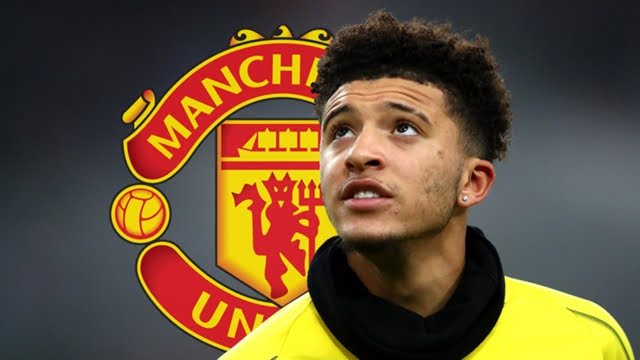 ↑ Grab this Headline Animator
England and Borussia Dortmund star Jadon Sancho has been reportedly linked with a possible move to Manchester United in the coming summer transfer window but Borussia Dortmund sporting director Michael Zorc has called the speculation “irrelevant”
It is reported that Manchester United is prepared to lavish £100m on the 19 year old, with French giants PSG also reported to have some interest.
Zorc had earlier this season, had told the media that Sancho will be at the Club come next season but also made speculations of a possible move away from the club in the future.

“I’m far from putting a price tag on Jadon, but I will say that, even for the biggest club in the world, his transfer would be difficult right now,” Zorc said.
“Jadon will play at Dortmund next season and we are definitely planning with. He certainly will not play until his retirement in Dortmund. That too is true.”

Jadon Sancho has accumulated the most assists in Europes top five leagues and recently assisted Raheem Sterling’s opener in the 5-0 rout of Czech Republic, in his England debut.

Sancho signed for Borrusia Dortmund from Manchester City in 2017 and has recenrec signed an extension with the German Club till 2022.