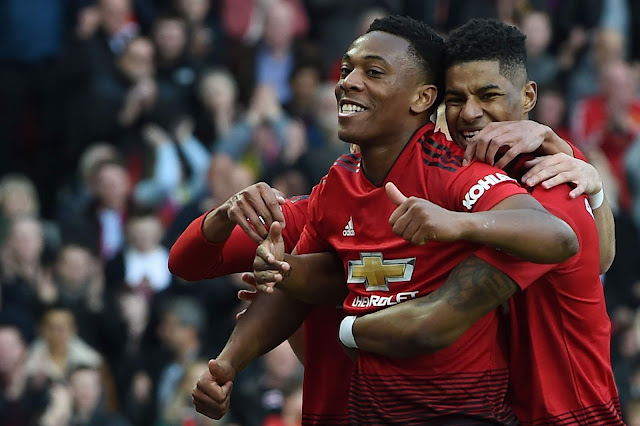 ↑ Grab this Headline Animator
Key Moments Recap :
Goal : 28′ Marcus Rashford 1 – 0
United nick the ball outside their own box and Shaw collects, carries forward and then threads a lovely pass through the Watford defence for Rashford. He’s through on goal and only has to beat Foster, which he does with a clipped finish from the edge of the box.

Goal : Anthony Martial 2 – 0
Lingard gets the ball in the box and plays into the middle for Martial, who is right on the line of onside/offside. Foster dives at Martial’s feet to block his flick towards goal but the loose ball falls for Martial to finish from a couple of yards out.

Goal : 90′ 2 – 1 Abdoulaye Doucoure
Doucoure brings down a high ball by playing into the feet of Success. He plays it back through the legs of Deeney to Doucoure, who takes a touch to get in on goal and then finishes past De Gea. 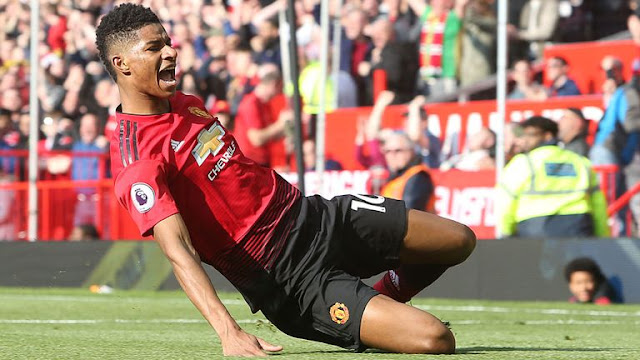 Ole Gunnar Solskjaer will be overseeing his first home game as full time manager at Old Trafford on Saturday, when they host Watford and will hope United get back to winning ways after losing two consecutive games.
Watford has had some good form recently, winning four of their last six games and this has brought them into the first half of the standings, with an outstanding game to spare.
Manchester United are returning to Old Trafford for the first time since their 3 – 2 victory over Southampton and will want to atone for their league losslagainst Arsenal and getting knocked out of the FA Cup by Wolves.
The Hornets have failed to grind out a win against United at Old Trafford in eleven meetings and have conceded eight times in their last two games  against Liverpool FC and Manchester City.
Manchester United my seem favorites here but have had fewer home clean sheets than than every other team except Fulham in the Premier League. 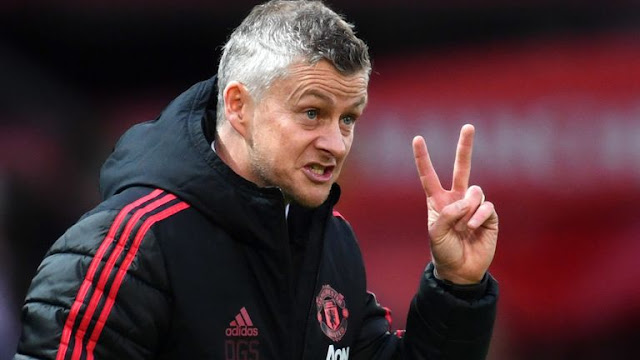