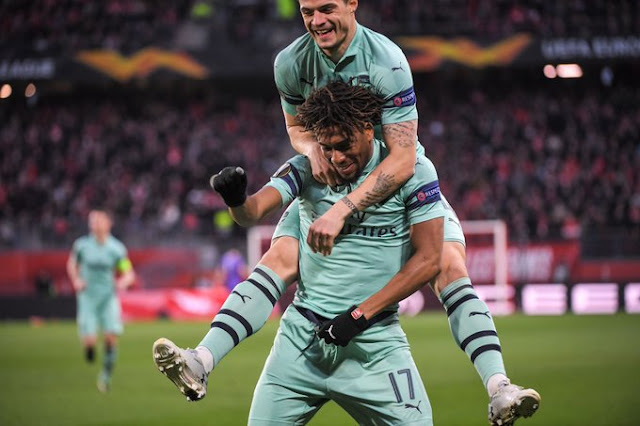 Key Moments Recap :
Goal :  0 – 1 Alex Iwobi
Henrikh Mkhitaryan exchange passes on the left flank before Iwobi’s cross into a dangerous position creeps in at far post via the woodwork. Koubek was flatfooted and by the time he realised the shot was past him it was too late.

Red Card : 41′ Sokratis Papastatho…
Ben Arfa threads Sarr in behind the Arsenal defence, Sokratis is the wrong side of the forward and he brings him to ground. He’s booked and he can have no complaints. Two yellows means a red

Goal : 65′ Nacho Monreal (o.g.) 2 – 1
Zeffane is kept onside by the Arsenal defence as he gathers an aimless pass before it goes out for a goal kick. He’s given all the time in the world to get his head up and cross, from which Nacho Monreal deflects the ball past Cech into the Arsenal goal.