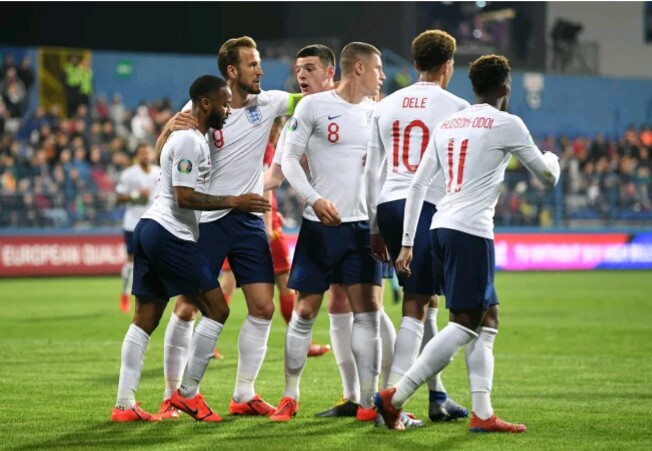 ↑ Grab this Headline Animator
Key Moments Recap :
Goal : 18′ Marko Vesovic 1 – 0
With their first attack, the hosts cut England open, who show a worrying lack of organisation at the heart of their backline. After Hudson-Odoi loses a header, Vesovic cheekily nutmegs Keane on the edge of the box and it opens up for him on his right with Maguire nowhere. He steadies himself and bends a cute finish from 15 yards past Pickford.

Goal : 30′ 1 – 1 Michael Keane
Walker wins his team a foul on the right wing. Barkley takes charge of the situation and bends in a fantastic set-piece which is gagging to be attacked. Keane rises like a salmon at the back stick and powers a header into the bottom corner. His first goal for his country – at a crucial time, too.

Goal : 39′ 1 – 2 Ross Barkley
Hudson-Odoi marks his debut with an assist! He looks far more comfortable off the left and cuts in after a nice pass from Kane. Montenegro back off and he looks to curl one towards the far corner. As the defence are so deep, Barkley gets into the six-yard box and is on hand to poke home from four yards out.

Goal : 59′ 1 – 3 Ross Barkley
This time Sterling shows his skill down the right, twisting and turning his man before rolling a ball across goal which somehow is missed by Savic and Barkley has all the time in the world to curl home from 10 yards. Southgate asked him to be more positive in his play and he’s answered the call. Two goals and an assist.

Goal : 71′ 1 – 4 Harry Kane
Hudson-Odoi almost puts Keane in trouble with a loose pass which gives Montenegro a sniff. They then lose the ball and Henderson plays a wonderful ball in behind for Sterling to chase. He waits for Kane in the middle and slides one across for him. The skipper doesn’t miss from eight yards. England have now scored nine in two games this week. Ruthless. 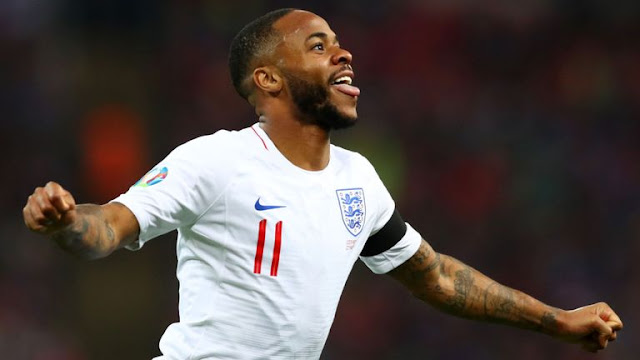