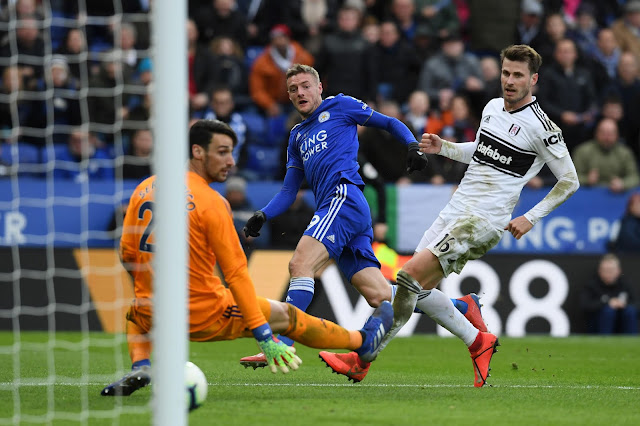 Key Moments Recap :
Goals : 21′ Youri Tielemans 1 – 0
Calum Chambers is robbed by Wilfred Ndidi as Leicester’s high press is on show once more.
The ball is played first time through to Vardy, and he unselfishly sets up Youri Tielemans for his first goal since joining Leicester.

Goal : 1 – 1 Floyd Ayite
It’s just a long hopeful ball that hangs over the head of Ben Chilwell and Floyd Ayite collects it.
He’s still got plenty to do as he cuts inside Harry Maguire and gets his shot away. A deflection off the England centre-back takes the ball past Kasper Schmeichel! He’s only been on the field for six minutes.

Goal : 78′ Jamie Vardy 2 – 1
Jamie Vardy has his 100th goal for Leicester, who are back in control of this game! It’s a slack pass out from the back once more from Havard Nordtveit and James Maddison is onto it.
The ball through for Vardy is inch-perfect, and from the angle, he finds the bottom corner!

Goal : Jamie Vardy 3 – 1
That wraps up the three points for Leicester! Harvey Barnes is the architect as he dispossesses Odoi, produces a lovely piece of skill and finds Vardy free in the centre for a clinical first-time finish into the bottom corner.