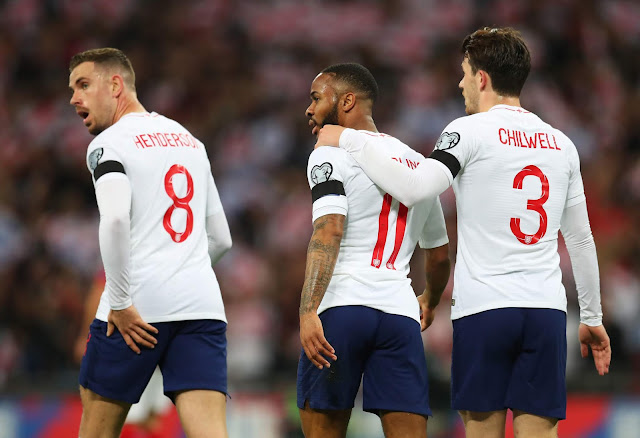 Key Moments Recap :
Goal : Raheem Sterling 1 – 0
Sancho is at the heart of it.
He’s just onside to receive Kane’s brilliant ball inside left-back Novak, and with space to run into now he gets into the box before squaring for Sterling, who has to stretch to squeeze it in on the slide at the far post.

Goal : Harry Kane (pen.) 2 – 0
Pavalenka goes the right way and gets a hand to Kane’s penalty, which is at a decent enough height to his right, but the sheer power on the strike is enough to beat the goalkeeper and he can only deflect it into the top corner.

Goal : 62′ Raheem Sterling 3 – 0
there’s nothing lucky about Sterling’s finish for his second of the night. Walker tries to slide the ball through for his Man City team-mate, but Novak cut sit out and tries to clear. He only smacks the ball into Kalas’ body though, and it rebounds straight to Sterling inside the box. He shows excellent awareness to turn the ball onto his left with Pavlenka trying to close him down, and he curls the ball past the stranded goalkeeper into the far corner.

Goal : 69′ Raheem Sterling 4 – 0
Raheem Sterling could not care less as he nets a hat-trick, what a wonderful story for the Man City man who was England’s boo-boy less than a year ago. Barkley begins the move in midfield, running forward unopposed, and works it left to Sterling who has peeled off wide. He cuts into the middle and shoots from 25 yards with an effort which deflects off Celustka and beats the goalkeeper. 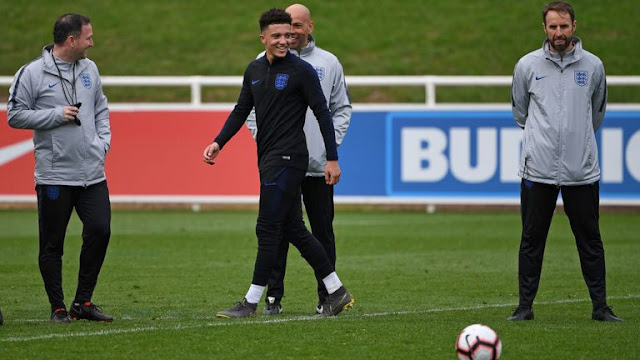