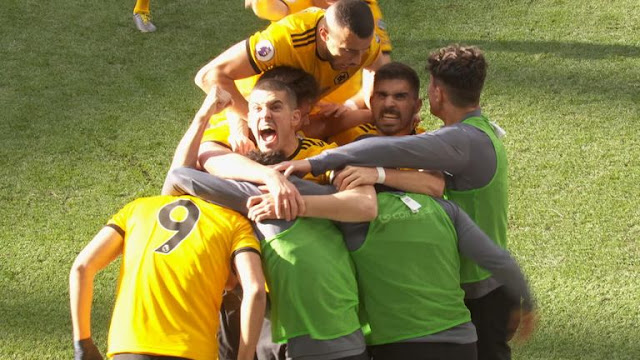 Key Moments Recap :
Goal : 0 – 1 Raul Jimenez
With a move from their own Box. Jota combines well with Jimenez before he reverses a pass back to the Mexico international. His shot takes a heavy deflection off Azpilicueta, loops over Kepa and crawls into the net

Goal : Eden Hazard 1 – 1
Chelsea have levelled! A fine strike from Hazard as his driven strike outside the box crashes into the bottom corner of the net! Patricio got a hand to it, but the power of it meant he couldn’t stop it from going in.