Liam Smith Breaks down Sam Eggington To Fifth Round TKO 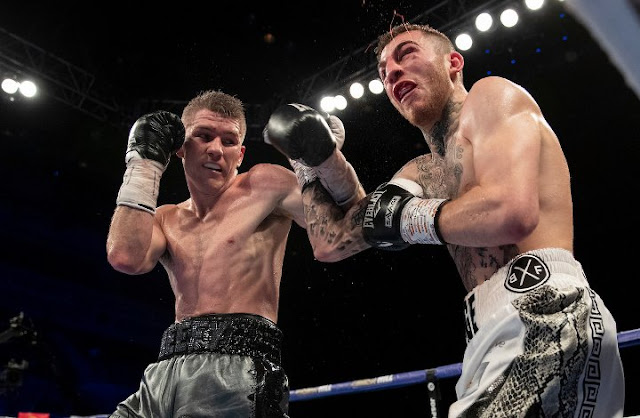 ↑ Grab this Headline Animator
Former WBO junior middleweight champion Liam Smith (27-2-1, 15 KOs) worked down Sam Eggington To a fifth round stoppage on Saturday night at the M&S Bank Arena, Liverpool.
Liam Smith with the victory captured the WBC Silver Junior Middleweight title, his first fight since losing a unanimous decision to WBO Junior Middleweight Champion Jamie Munguia.
Sam Eggington got into this fight with a  four round decision win over Sam Omidi in February but before then stunning 2nd round upset KO loss to Hassan Mwakinyo.

Smith took the third round in style, after pressurizing Eggington and backed him up after observing, he was trying to hide behind the Jab. His Eyes almost went shut in the third but in the Eggington, got slee good minutes. He fought Smith off but Smith was able to survive and ended Strong.
Smith started the fifth aggressively sending Eggington to the ropes and picked him apart without reply, landing big shots until the referee got into the middle to stop the fight.