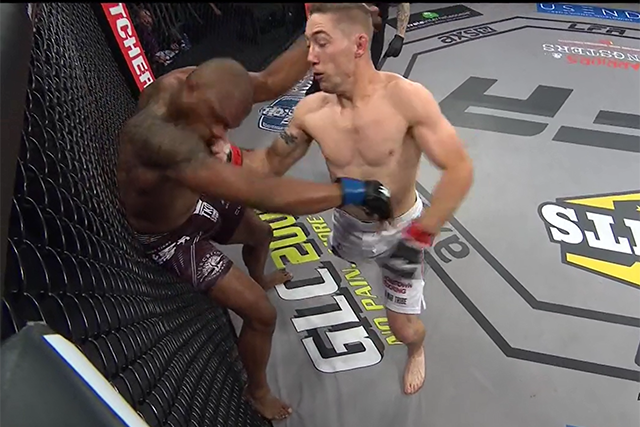 ↑ Grab this Headline Animator
The Lagacy Fighting Alliance 63rd event ended in brutal fashion, as top rated contender Derrick Krantz KOed Justin Peterson with some amazing combination that forced the spectators at Bell County Expo Center in Belton, Texas into a frenzy.
Both fighters started out landing single shots and maintaining their distance. then everything changed Krantz landed a big right hand that backed off Peterson, he followed that up with a right uppercut to the chin, followed by a left hook. This knocked Peterson out cold at exactly 2:36 of Round 1.